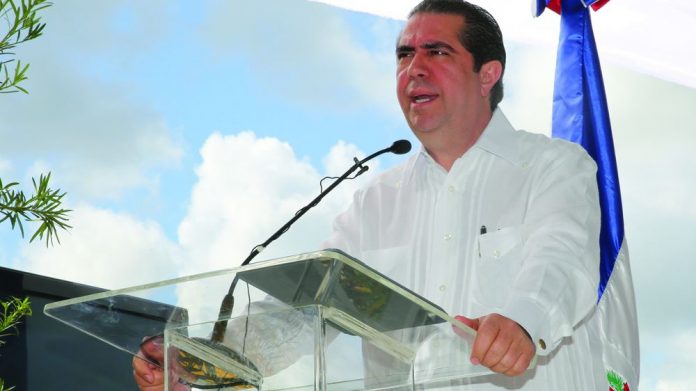 Overseas tourism to the Dominican Republic has taken a hit this year following a rash of negative reports in the media, leading the government to undertake a range of new measures to reverse this downward trend, nevertheless investor confidence in the country continues to remain high.

At the start of September, the Dominican authorities introduced additional measures to protect the tourist industry, following a wave of cancellations in July which saw visitation fall to its lowest level since 2011.

The fall in reservations, attributed to negative media coverage surrounding the deaths of a several of US nationals, has spurred the government to found the National Committee for Tourist Security (Comité Nacional de Seguridad Turística).

Created by presidential decree, the new body will be headed by the Ministry of Tourism, and includes representatives from the Ministries of Defence and the Interior, along with the Attorney General’s Office, the National Police, and the Dominican Association of Hotels and Tourism (ASONAHORES).

The 18-member committee’s objectives include improving inter-agency security coordination, enhancing cooperation with private sector security agencies, and designing “policies, strategies, and programmes for the prevention, detection, prosecution, and eradication of threats that jeopardize the tourism industry”.

Napoleón de la Cruz, a spokesman for the Ministry of Tourism, said that the initiative formed part of “actions which the country has been undertaking since the start of the year” to help improve tourist safety.

“[Visitor] security has always been a priority for the government and all Dominicans,” he emphasised.

The launch of the new committee was announced three days after the Central Bank of the Dominican Republic released new figures indicating overseas tourist numbers fell 16.1 percent year on year in July, while hotel occupation was down to 69.7 percent.

Nevertheless, between January and July overseas tourism only fell by 0.5 percent year on year overall, while US visitation was actually up 2.6 percent from 2018, a record year for tourism which saw the country welcome 7.5 million visitors.

In its report, the Central Bank attributed the drop-off in tourism to “the unfortunate media campaign surrounding several tragic events affecting tourists from the US in a handful of hotels in the country during the first half of 2019”.

Aiming to counteract the negative media coverage, the government has also undertaken a new publicity campaign, primarily focused on the US, and has said it’s willing to work with the FBI to clear up any outstanding questions related to the tourist deaths, a number of which have been characterised as ‘mysterious’ by the American press.

Alongside this, in July, the Ministry of Tourism said it would be rolling out a range of new measures in an effort to address safety concerns.

The steps include inspecting hotels quarterly, instead of twice a year; requiring resorts to post emergency contact information in every guest room; introducing additional monitoring measures for medical facilities located inside hotels; and opening an emergency tourist centre in Punta Cana.

“We can feel confident, that as a country, we have undertaken the necessary actions to counteract the recent events, and will always work towards continuing to improve, and especially prevent these situations from ever taking place again,” stated tourism minister Francisco Javier García.

Regardless of the temporary fall in visitation, the Dominican Republic is currently reaping the benefits of a gaming and hospitality investment boom. A number of hotel and resort projects are in various states of development, while the country’s existing casinos are also expanding their operations.

Reflecting this, Casino Bávaro, located in the Barceló Bávaro Palace resort complex, recently purchased a number of new slot machines. “With the introduction of these 72 new machines …we’ve completed our most recent gaming investment which has helped ensure we’re one of the most modern casinos in the region,” said Javier Cordero, director of Barceló Bávaro Palace, adding that the new slots would join the casino’s existing electronic roulette and black jack games.

Meanwhile, Platino Hotel and Casino, situated in Santiago de los Caballeros, the country’s second-largest city, celebrated its third anniversary in late August and took the opportunity to highlight its growing client base.

“We feel very happy to mark our three-year anniversary, during this time we have grown vertiginously not just as a company but also in popularity with the public throughout the north [of the country],” said Wanda Cornielle, operations manager at the property. “Going forward we are looking to continue being a leading company in the entertainment sector at a regional level, while we will keep on innovating and improving our services and refining our the facilities to …ensure that a visit to our casino is as enjoyable as possible,” she added.

Last month, Mexico-based Palace Resorts confirmed it would increase its investment in the Dominican Republic, with the company unveiling new plans to further expand its currently under construction resort project in Punta Cana.

The firm will add an additional 1,200 rooms to Moon Palace Punta Cana, which is scheduled to open in 2021. This latest investment will bring the property’s total room count to 3,350.

Previously budgeted at around $600m, the all-inclusive complex will include a casino, 20 restaurants, nine bars, seven swimming pools, a waterpark, a spa, and an 11,000sqm convention centre, along with a Greg Norman Eco Signature Design Golf Course.

The company estimates that Moon Palace Punta Cana will draw an additional 250,000 new tourists per year to the country.

Speaking during a luncheon in August, Gibran Chapur, EVP of Palace Resorts, asserted that despite negative media reports this year, the Dominican Republic remains a safe tourist destination that will continue to grow and develop.

In line with this, he characterised recent safety issues as a “circumstantial situation resulting from the high-volume tourist influx that the country has welcomed in recent years”.

Despite having just opened its doors back in July, Hotel Lopesan Costa Bávaro Resort, Spa and Casino has already been named among the “Best Hotels in Punta Cana” by Forbes magazine, alongside TRS Cap Cana and the Gran Reserve at Paradisus Palma Real. Developed by Canarian firm Lopesan Hotel Group, the $257m five-star property includes 1,042 hotel rooms, an 11,000 sq ft casino, a shopping precinct, and an events space capable of hosting up to 900 people, along with a nightclub, a sports bar, eight restaurants, a spa, and two beach clubs. 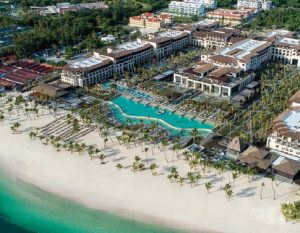 The company’s CEO, Francisco López, affirmed that the resort represents “the placement of the first piece in Lopesan Hotel Group’s expansion plans in the Caribbean”. He added that Hotel Lopesan Costa Bávaro Resort would provide jobs for “around 1,200 new employees drawn from almost all provinces in the country”, in addition to supporting local businesses. Costing $224m, the second stage of the development is due to be completed in 2021 and will see the addition of a further 1,500 rooms.