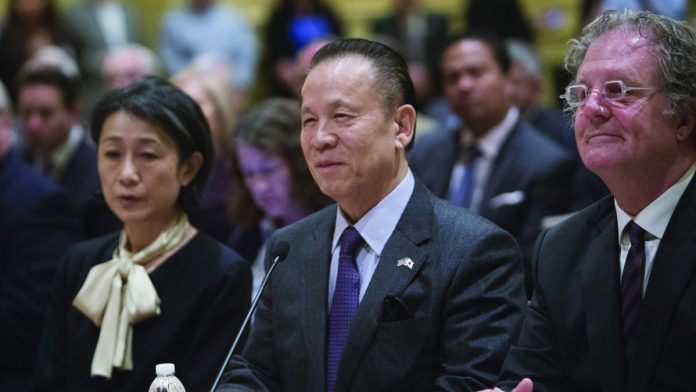 The Filipino casino sector out shone expectations in 2016, and could be poised to do so again next year. But whether Duterte’s courting of the Chinese can overcome any fallout from anti-gaming politics at home and abroad remains to be seen.

[dropcap]A[/dropcap]fter a disappointing year in 2015, the Philippines casino sector has come back with a vengeance in the past 12 months, leading some to suggest it could far outstrip Singapore in the coming year.

Despite being linked to a Bangladeshi bank robbery earlier in the year, the casino market’s top player, Solaire, reported record highs in VIPs due to an influx of Chinese players, mass table and machine revenues, and the highest gross gaming yield to date of P27.88bn ($557m).

Perhaps the biggest boost to prospects in the year ahead is that Universal Entertainment chairman, Kazuo Okada, a mogul of Japan’s insanely popular Pachinko market, is ploughing on with the development of a $2.4bn casino in Manila – the booming archipelago’s most expensive to date. For Okada, gaming yield in the Philippines is set to outstrip even those of its more developed but geographical competitor, Singapore.

Others are not quite as optimistic. According to Rommel Rodrigo, an analyst at Maybank, the Philippines should pull in $3bn in gaming revenues next year, and $3.6bn in 2018. Impressive figures, he notes, though still some way shy of Singapore’s $4.8bn in 2015.

While the erratic president, Rodrigo Duterte, whose intermittent soundings of anti-gaming rhetoric still hangover the industry, represents an ongoing concern to the lucrative market of domestic players, Okada believes his efforts to sweeten relations with China will see a commensurate increase in Chinese visitors that would outweigh such risks.

With China’s crackdown still ongoing, one has to be sceptical if there will be a big flood of players coming from China.

“A lot of Chinese are coming into the Philippines, and that will improve more as improving bilateral relations between China and the Philippines increase tourism here,” said the 74-year-old.

Okada Manila, which missed its previous deadline to open in November, will be the capital’s largest casino resort with more than 280,000 square feet. The profitability of the new venture is widely considered to be strong, yet Justino Calaycay, head of research at A&A Securities, warns that relying too heavily on Chinese players could be dangerous given recent events.

“With China’s crackdown still ongoing, one has to be sceptical if there will be a big flood of players coming from China,” said Calaycay.

Rightly or wrongly, Okada thinks otherwise: “Our initial target is to have 30 percent of the guests from the international segment, but we would eventually like to bring that up to 50 percent,” said Okada. “ We are looking at China, Taiwan, Korea and Japan – if you think about it from proximity, a lot of our guests will initially be coming from China and Taiwan.”

The Pachinko veteran suggested he may seek a listing for Universal Entertainment on the Philippines Stock Exchange next year. The group’s stock rose 6.5 percent in Tokyo with his statement.