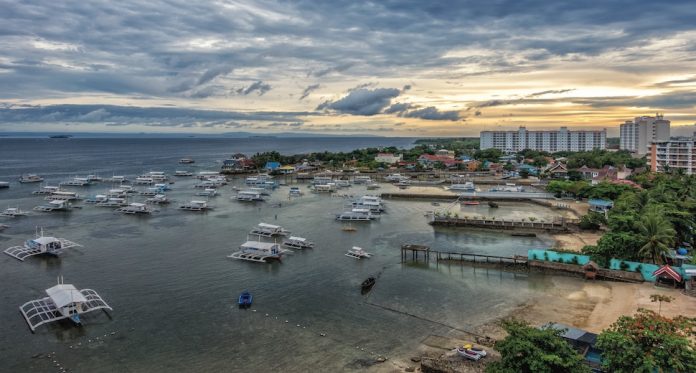 The Philippines’ gaming regulator Pagcor has approved a $500m project for an integrated casino resort on the holiday-island of Cebu, the first mega-casino outside the capital of Manila, and is also looking to issue the next batch of POGO licences this April.

The Philippine Amusement and Gaming Corporation (Pagcor) is looking to the central island of Cebu as the nation’s next major gambling destination.

The Southeast Asian nation is in the process of repositioning its gaming industry to compete with Macau and Singapore amid declining revenues, and has already allowed four resorts in its Entertainment City complex in the capital Manila, with a minimum investment of $1bn each.

Alongside these, Travellers International Hotel Group’s West Side City Resorts World is expected to be completed by the fourth quarter of 2020. Pagcor will refrain from issuing new gaming licences in Manila during the next five years, following requests by integrated casino resort operators.

“We listened to the people who were here, who took a risk when there was no one else here,” Domingo explained. “We listen to our investors, they asked us to give a five-year breathing space.”

Domingo raised the idea of replicating Entertainment City in Cebu within the next three to five years as she believes Manila is becoming too congested for another multi-billion integrated casino resort, as well as the island’s accessibility to foreign and local gamers.

“Cebu is the second largest metropolis in our country, there are cities there near the airport where the local governments welcome casinos.”

At present, Pagcor requires a minimum investment of $300m for integrated resorts situated outside Metro Manila.

On 21 March, Pagcor announced that it has approved the licence for Lapu-Lapu City Casino, a $500m integrated resort to be located on Mactan Island, part of Cebu Province, but declined to disclose the Filipino firm which will operate the new venue. Domingo said another application from a Hong Kong-based group for a licence to operate an integrated resort in Mandaue, which borders Mactan Island to the southwest, is pending approval.

While the Philippines has had an uneasy relationship with Chinese businesses in the past, current president Rodrigo Duterte has altered this dynamic, making friendly overtures to China, while attempting to cadge economic concessions from the Asian superpower.

“The only hope of the Philippines economically, I’ll be frank with you, is China,” Duterte stated. “A fourth of our population are Chinese descendants, maybe because I am Chinese, I believe in sincerity.”

Philippine-listed agricultural products firm Calata Corporation announced in August 2016 that it had entered into a partnership with Sino and MRG to construct a 14-hectare casino resort on Mactan Island. But the construction of the casino suffered a blow after a group of potential investors representing a US$1.4bn investment backed out from the project due to the political uncertainty in the country.

Despite this setback, Domingo pointed out that Pagcor has allocated a threeyear timeframe to the construction of a casino in Cebu. Also this month, Pagcor has confirmed that it will soon award a second batch of Philippine Offshore Gaming Operator (POGO) licences, and that it is the process of evaluating 78 applications.

In her keynote address at the ASEAN Gaming Summit this March, Domingo emphasised the importance of POGO licences to help achieve the regulator-cum-operator’s PHP60 to 65bn revenue target for 2017.

“Pagcor has approved the acceptance of applications and we should be issu- ing new licences by the first or second week of April,” she said.

The regulator reportedly collected over PHP1bn (US$19.97m) in licensing and processing fees when it issued 35 offshore gaming licences last autumn as part of the initial roll-out of the Duterte administration’s newly created gaming regime.

“The POGOs are meant to safeguard the welfare of the Filipinos at the same time meet the agency’s revenue targets to help fund the government’s nationbuilding programs,” Domingo added. “I think many of those who have been applying to us in this regard do appreciate the fact that we are trying to create a better image of the Philippines in the world.”

“I can say with a lot of confidence that the Philippines is one of the best places to invest [in] now,” she concluded.