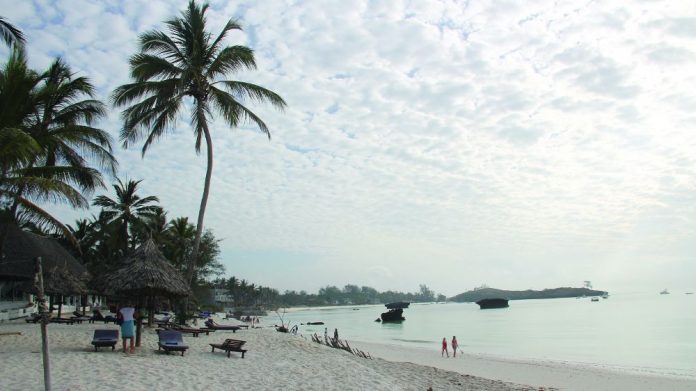 Aiming to create a “little Dubai” on the white sands of Kenya’s coastline, Palm Exotica has the backing of local residents in Watamu, but not of the national planning authorities.

Construction of the Palm Exotica resort in Watamu, Kenya has been put on hold until it receives an environmental impact assessment license, despite disagreement from local residents.

Shaped like a palm tree, the proposed US $268m project is a mixed-use development that will feature furnished residential suites, eclectic restaurants and a 24-hour casino. However, the country’s National Environment Management Authority (Nema) is not satisfied with the current blueprints and won’t let the developer continue, much to the disappointment of local residents who believe that Palm Excotica can bring some much needed wealth to the region.

“The project is not in conformity with the existing planning framework: Zoning plans, physical planning laws and regulations, survey regulations, and coast foreshore reservations and stability,” said Nema Acting Director General, Mamo Mamo, who added that uncertainty also surrounds the project’s density parameter and proximity to the fragile marine environment.

Because of these failings, the authority has ordered investors to either re-design the project to conform with existing planning framework, or to seek an alternative site.

Local residents have protested the decision, but it is unlikely their actions will have any impact on Nema’s decision. If the project is to go ahead, it must drastically change the design that has been proposed by its three Italian investors, which would make Palm Exotica the tallest building in Africa at 370m high. Residents hope the venue can give Watamu’s coast a “little Dubai”, that will boost tourism and bring jobs into the county. The total construction area for the proposed project is 209,026 square metres, which will take approximately five years to complete once, and if, construction begins.