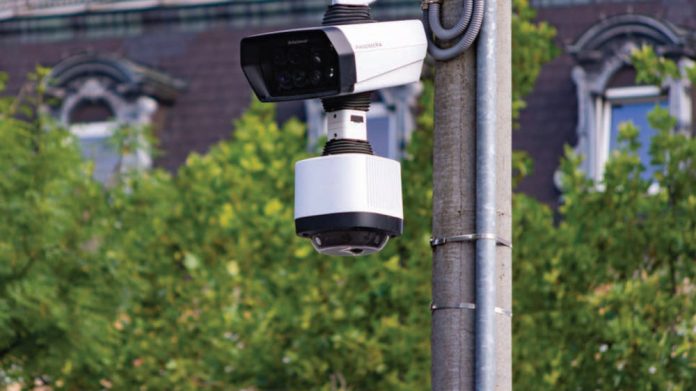 One system replaces up to 24 cameras and can save over 50 percent on operating and infrastructure costs. Dallmeier are in buoyant mood about their latest innovations.

The latest generation of the Panomera S-Series features a completely new design offers numerous innovations – from the one-man mounting concept to contactless front glass cleaning – and above all superior video analysis capabilities.

The Panomera multifocal sensor systems differ from other cameras in that they combine a total overview with an unlimited number of detail zooms in high resolution. The detail zooms can simply be opened in the overall image with a click of the mouse, like virtual PTZ cameras – not only live but also in the recording. This is made possible by the patented use of up to eight sensors with different focal lengths in a single system. In this way, a much greater expanse can be captured with each camera. In the words of the manufacturer, this results not only in significantly improved operability and overview, but also saves up to 50 percent or more in operating and infrastructure costs depending on the application area.

Besides the advantages in image capture and operation, the latest Panomera generation is set apart by its superior analysis capabilities as they combine a precisely plannable/definable image quality (and therewith data quality) with the most advanced analysis technology.

In traditional single sensor as well as multi-sensor camera technologies, image resolution – and thus also analytical capability – diminishes continuously in the direction of the image background. In contrast to this, the cameras of the Panomera S-Series capture a very large expanse or long distances with a minimum resolution over the entire area. Panomera is therefore able to monitor and analyse complex context with the same high data quality even over extremely large expanses. If an application requires for example a minimum resolution density of 62.5 pixels per meter according to DIN EN 62676-4, over 50,000 square meters can be covered with just one camera system – more than sufficient for common object classifications. Even at the highest DIN resolution density – 250 px/m for the identification of unknown persons that can be used in court; one system still manages up to 3,100 square meters.

For this purpose, each of the up to eight sensors in a Panomera is equipped with an analysis unit of the latest SoC generation with integrated Artificial Intelligence (AI), so that the analysis can be carried out directly in the camera (on the edge), from people counting through to Appearance Search. Users can operate the Panomera cameras either with the Dallmeier Hemisphere SeMSy Video Management System (VMS) or with any VMS systems that support ONVIF.

Dallmeier engineers placed particular emphasis on functional design. Thus, for example, the Mountera mounting concept offers enormous time savings and fewer errors during implementation: A special Quick- Lock rapid fastening system allows the systems to be installed by a single technician. The different brackets for wall, ceiling or mast mounting are also completely compatible with each other; they can even be combined with the 180- and 360-degree systems of the Panomera W camera series.

The manufacturer has also made extensive improvements to the very tasks of unpacking and installations: A one-time handle which is already mounted on the camera in the package and the foam packaging which remains as bubble protection reduce the amount of effort required for handling: The camera is taken out of the packaging and can be transported and set down undamaged without further work steps. As the last, finishing touch, the size of all the Allen keys needed for installation and adjustment is the same, so only one key size is required.

The new generation of Dallmeier Panomera cameras also fulfils the requirements relating to architecture and optical integration with a design language which is applied consistently to all the various individual models. Besides the dynamic appearance, particular attention was also paid to innovative functions. These include a passive cooling system, which renders auxiliary cooling unnecessary for temperatures up to 60 degrees Celsius. A system called Air Blast, which uses compressed air to clean dust, water and insects off the lens without contact and therefore without wear is also available as an option. Dallmeier’s Privacy Shield is responsible for active and largely visible data protection. It is a remote-controlled blind mechanism with which police or private enterprises can temporarily disable the Panomera systems in a way that is clearly visible with a few clicks of the mouse, during rallies or strikes, for example.

“For ten years, our Panomera customers have demonstrated that solutions with technology ‘Made in Germany’ deliver exceptional results with regard to attaining security objectives while remaining compliant with the most stringent data protection and data security requirements.

“At the same time, multifocal sensor technology is the intelligent answer to many unsolved problems because it brings precision and plannability to video technology,” said Dieter Dallmeier, founder and CEO of Dallmeier electronic. “Because Panomera systems not only enhance operation and the attainment of security objectives in video observation and surveillance, most particularly they also provide superior quality data for the increasingly important function of video analysis. The fact that these solutions can then also be implemented for substantially lower overall cost than comparable technologies surprises many of our customers time and time again,” he explained.