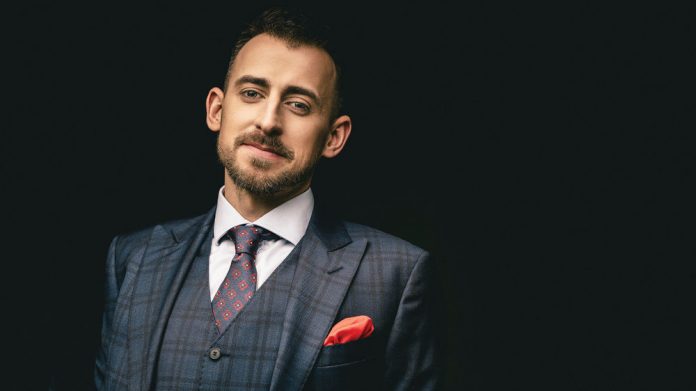 The global pandemic has changed the world as we know it. However, while the realities of business have altered, human relationships have not. Early on in the pandemic, Andrii Suslenko, the Chief Communications Officer at Parimatch, began to build an anti-crisis communication strategy based on this premise. Focusing on clear information and open dialogue, Suslenko explains how he adapted internal communications at Parimatch to support the operator’s 1000+ employees through a time of isolation and distraction.

Open and honest dialogue have been the key to Parimatch’s anti-crisis communication strategy, which has been supporting the company’s employees through months of lockdowns and quarantines.

Indeed, the company’s chief communications officer Andrii Suslenko believes that when his colleagues feel cared for by their employer, they experience less stress, become more resilient, and as a result they remain more focused on their work – all of which has helped the operator to get through the peak of the crisis without losing productivity. Suslenko sets out his method for setting up an anti-crisis communication strategy in four steps, starting with the important task of distributing areas of responsibility to the appropriate team members.

“In case of any crisis in the company, it is necessary to assemble a coordinating council to define responsibility and appoint performers,” explained Suslenko. “This is what we did in the pandemic: before the official lockdown, we gathered top managers from key streams to get a complete picture of the business’s state. It was necessary to understand whether the company was coping with the current crisis.”

Suslenko also called on managers to collect feedback on how the strategy was working as the months went on,

“Top managers are an excellent tool for understanding employee pain and anxiety,” he added. “Here managers act as a filter: gossip and minor troubles are settled in kitchens and smoking rooms, and only fundamental questions need to go any higher up.”

This feeds into Suslenko’s next step; working out the pain points for employees. While Parimatch’s human resources department bore the brunt of the organisational work, it was just as important that any changes to the normal routine were communicated clearly.

“Colleagues from the HR department took it upon themselves to work out all the critical issues: will there be salary delays, bonuses, and how does insurance work in a pandemic, will it be a lockdown mode, how to organize a workplace at home. These and dozens of other issues the HR department worked out in emergency mode,” commented Suslenko. “On the communications side, we ensured employees received answers to all questions on time. Together with the HR team, we worked out simple instructions ranging from the office rules to questions such as; ‘how you can organize the workplace at home?’. It was necessary to answer the maximum number of requests from colleagues because if you do not answer questions, people think out the answers for you.”

Providing employees with clear, streamlined information was the key here – what Suslenko call’s ‘information hygiene’ – and to deliver it during a pandemic he had to move on to step three; figuring out presentation formats for all the new content. This started with Covid Digests, an aggregation of all vital company news sent out to employees 1 to 2 times a week. A video element was also added with the company’s Pajama Talks, which consisted of an interview with top management broadcasted to all Parimatch employees.

“Under the lockdown conditions, it was essential to set up communication between management and employees, to show that we are all human, that everyone is adjusting to new realities, and finding exciting ways out of the situation,” Suslenko explained. “The guys not only openly shared their difficulties but also solutions to problems, sometimes quite funny. For example, our Head of support, Tatiana Lyubchenko, told how she arranged an office in the bathroom.”

This level of openness improved communication between employees and top managers, showing how all levels of colleagues within the company were experiencing limitations during a difficult period. A psychologist was also brought in to provide additional support to those that felt they would benefit from it.

“Before lockdown became a habit, some colleagues fell into apathy and blues. It was also difficult for our team, so we organized weekly webinars with a psychologist who gave advice and general recommendations on staying in the new quarantine realities,” detailed Suslenko. “It was important for people to understand that they are not alone, that the company is aware of their experiences and is already working on their solutions.”

The last step of Parimatch’s anti-crisis communication strategy was to transform existing content formats along with the company’s own technological transformation. The company turned its internal event, PM GO, into a business conference that is now well known and discussed outside the industry. This has become a point of pride for both Parimatch and its employees, with both looking forward to achieving the ambition shown on an international level. And as PM GO became public, a new internal event sprung up in the form of Town Halls.

“For important news, an announcement of structural changes and the company’s course, the success of teams, plans, and organizational moments, this is now its own event focused on the company’s life,” outlined Suslenko. “Town Halls are a place for open communication between employees and managers, where everyone can either openly or anonymously ask about the company’s future or another topic important to himself.”

While the global pandemic has been a steep learning curve for businesses across the world, it has taught companies such as Parimatch how to better communicate with colleagues, generate ideas, deal with fears, and maintain a healthy atmosphere even in a time of crisis. Most importantly for Suslenko, however, it has driven home the fact that it is people, not products, that make Parimatch a success.

“I believe our open communication with employees is a manifestation of how much we care for our people,” concluded Suslenko. “We should never forget that people are the major asset of Parimatch.”