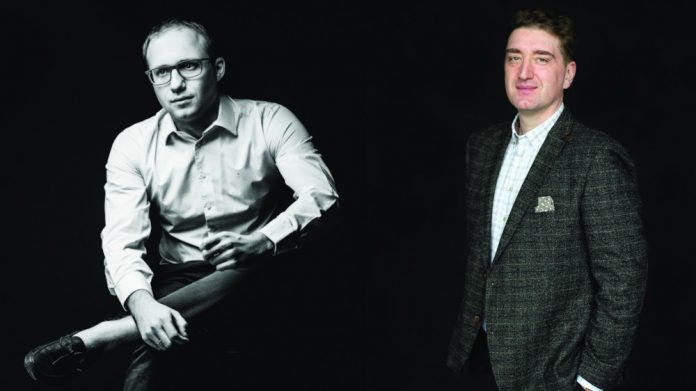 Parimatch’s new board of directors will tackle key strategic issues and assist the company as it continues on its development journey. At the helm will be new co-CEOs Maksym Liashko and Roman Syrotian.

Parimatch has continued its technological and professional overhaul by creating a new advisory team. The Supervisory Board will tackle the many unique challenges that this rapidly growing gaming company faces over the coming years.

The board will include Katerina Belorusskaya, a major stakeholder who has been with the company since 2011, and Marek Mrha, non-executive consultant of the Board.

At the same time, Sergey Portnov will relinquish his role of CEO and instead serve as Chairman of the Board. Maksym Liashko and Roman Syrotian, in addition to receiving roles on the Supervisory Board, will become co-CEOs and divide operating activities between them. These activities will be related to finance, legal, communication and admin (for Liashko) and IT, product, and marketing (for Syrotian), allowing the company to strengthen, consolidate, and ensure the best people are performing the most suitable roles.

An additional non-executive role on the board is currently vacant. Parimatch hopes to fill this role soon and a search is underway to find a candidate with enthusiasm, ambition, and vision that matches those currently on the board.

The board will be tasked with helping Parimatch to navigate through the highly competitive world of online gaming and sports betting. It will also rule on decisions such as the company’s potential Initial Public Offering and the means through which it will continue its expansion, but it will exist as a separate entity and will not be directly involved with the company’s day-to-day operations.

Maksym Liashko: “For Roman and me, a dual CEO structure is a logical move and consolidation of the company’s growth directions. We know our areas well, and we will do everything to implement the company’s plans to enter the next level of development.”

Roman Syrotian: “Maksym and I are granted the responsibility of leading the company as co-CEO. It’s an honour for me. Being already in excellent shape today, Parimatch has ambitions of achieving top positions on the markets all over the world. I hope to contribute to this goal by ensuring that we provide our customers with the highest quality entertainment and services.”

The Supervisory Board believes that the new structure will strengthen Parimatch’s position and allow it to continue the growth that has seen it become one of the biggest technology companies in Europe.

The international holding has been in business for over 25 years, and while it has grown steadily throughout that time, most of its growth has occurred without the last few years. Parimatch operates in over ten countries of the world via local licenses and under the franchise model. The brand is present in Cyprus, Belarus, Kazakhstan, the UK and is currently the only licensed bookmaker in Ukraine.

In recent years it has signed brand ambassador deals with the likes of Conor McGregor and Mike Tyson, helping it gain more traction within the sports betting arena, and it has also sought to improve its technology, adopting bigger, better, and more efficient sports betting solutions.

The Supervisory Board is the next step in this evolution process and has come at a crucial time for the brand.

Sergey Portnov, the current Chairman of the Board and the man who has helped to shape and define the company’s recent success, believes that these changes will provide stability and direction needed to grow: “Updates in the company’s structure and creating a board is an indicator of the company’s maturity and readiness. Now is the best time for such changes. I am sure that this will strengthen the brand’s strategy and will allow the large ship that is Parimatch to move along the route rapidly.”