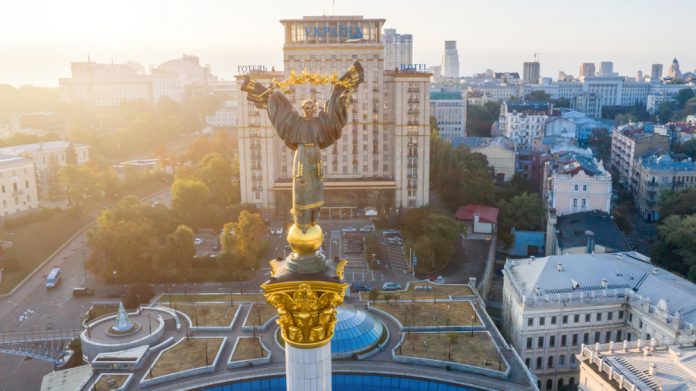 In 2009, after a fire incident in the gaming hall in Dnepropetrovsk city, gambling was banned in Ukraine. The ban, however, was supposed to be an intermediate stage in the development of the gambling market: it was assumed that gambling would be banned for a certain period and would be legalised with the adoption of new legislation.

The goal of developing new gambling legislation in Ukraine was to create a civilised gambling market that ensures the safety of players, protection from fraud and the banning of corruption.

After 10 years without such legislation, there is now a real attempt to change the situation and create a regulated gambling market in Ukraine. A new draft law on legalisation of gambling in Ukraine was released on the official website of the parliament on 23 October. The law was drafted after President Zelenskyi promised to legalise betting as part of his agenda to liberalise the economy.

As stated by the Prime Minister of Ukraine Oleksiy Honcharuk, the regulation is aimed at a developing a fair and regulated market that also eliminates the illegal and corrupt betting shops and halls that are currently able to operate across cities. Finance Minister Oksana Markarova also said that they estimates  that a regulated betting market will bring an additional UAH 5-9bn of potential tax revenue to the state budget.

However, the bill was published over three weeks late from the initially announced deadline. Moreover, the text of the bill itself was released only one week later after the official records of its registration in the parliament. As stated by some Ukrainian journalists and parliament’s insiders, the delay was because of different interested stakeholder groups trying to influence the legislation.

As the head of the parliamentary majority faction ‘Servant of the people’ David Arakhamia noted: “MPs and an expert group worked on the one version of the document, and the Cabinet of Ministers suddenly submitted its own version to the Ukrainian parliament – there are a number aspects of the Bill which currently fall short of the best standards and regulation initially proposed by MP’s and the expert working group.”

Later on, another MP from the same majority faction Oleksandr Dubinsky also announced his firm intention to register an alternative draft law on gambling regulation.

What is included in the legislation?

The current version of the draft law released on the parliament’s website proposes a new licence system for gambling and betting operators in Ukraine. However, the number of licenses will be limited.

The market will then be overseen by a newly created Commission for the development and regulation of gambling market. The commission will conduct the auctions and have the power to revoke licenses, as well as implement further regulation to the industry.

The body’s chairman and members are to be appointed and dismissed by the government of Ukraine – the Cabinet of Ministers. Members will not be allow to hold any corporate rights with betting operators, manufacturers of gambling equipment, receive financial or material remuneration and assistance from them, or hold any position.

The licences will be obtained through electronic auctions. However, the rules and procedures for the auctions, criteria and requirements for the participation are not yet to be determined. They are expected to be determined by the new Commission for the development and regulation of gambling market.

One of the most important provisions of the draft law is that the licences will be given for all types of gambling, both offline and online: casino, bookmakers, poker games, offline lotteries and slot machines. The licences will be valid for five years.

The most expensive licence will be for a casino in Kyiv city – around UAH 37.5m per year (approx. $1.5m). The licence for a casino in other cities, online casino and bookmakers will cost from UAH 25m ($1m), license for slot machines – from UAH 7.5m ($3m).  The poker club will cost the organisers the cheapest price – both offline and online, the license price starts at 1.25m UAH ($50,000).

Such a high entry price threshold, together with the requirement for an authorised capital of at least 30m UAH, should guarantee that only serious operators will enter the market.

For bookmakers, the draft law will allow 800 land-based facilities throughout Ukraine for all operators, the opening of which is allowed only in non-residential premises. There is also a city distribution – 32 licenses for Kyiv, 16 – for Odesa, Kharkiv, Dnipro and Lviv, and another 32 – for other cities.

The legislation includes the creation of a special fund – a finance to support healthcare, culture and sports. This would be a special fund of the state budget of Ukraine, which will be financed through the license payments and will distributed to these areas.

There is a restriction of the access for foreign players as the draft law says that verification/identification of a customer requires an identity document and a copy of an Individual Taxpayer Number (which is issued by the Ukrainian tax services). As a result, this restriction makes almost impossible the access of foreign players.

With regards to responsible betting, the new legislation introduces the practice of self-restriction for players. Any player can ask an operator of a regulatory commission for a self-restriction for a period of six months to three years. If a person does not recognise the existence of a gambling problem, his relatives can also implement this restriction.

The draft law requires operators to be socially responsible and take care of the players, including promoting material on gaming addiction and providing players with information about medical institutions. The operators will also be required to ensure customer service will be able to identify and provide counsel around gambling addiction

The draft law is going to pass through debates and the procedure of proposals and amendments in the Ukrainian parliament, but several MPs already announced their intent to submit alternative versions of draft laws on gambling regulation. There is a need to make a process more open to allow the participation of the expert community and public in further elaboration of the rules for the legalised market. Any approved regulation has to receive a public legitimacy as it sets the tone for the development of a transparent and fair industry.