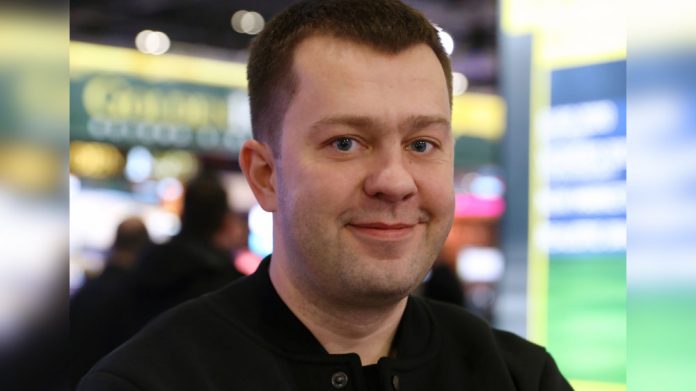 Parimatch is changing the perception of the betting industry and building a technological entertainment platform. The company’s goal is to move away from the classic idea of bookmaker and become a gaming and entertainment platform. The company took the first steps and presented the Footboss game in the fall. The chief product officer of Parimatch, Sergey Berezhnoy, helps to understand how a simple session game changes the idea and approaches to betting.

Footboss’ ultimate gaming adventure is to free 10 major football stadiums from the giant invaders. The game’s key character is the coach, whose task is to prepare his players for effective penalties and non-standard solutions day after day.

At first glance, the game seems simple, but with every new session, a player discovers many directions in which he could learn more or advance. Thanks to the random distribution of rewards and tasks, the journey becomes unexpected: you always get different things, quests, and heroes. Also, an additional interest is given by the effect of “kinder-surprise for adults” in the form of loot boxes.

How Footboss Refreshes the Betting World

The idea was conceived as an alternative to boring campaigns and promotional offers for Euro 2020. In addition to focusing on high odds, bonuses, and competitions in marginality, we decided to give players a variety and new emotions.

Gamification and betting is not an entirely fresh approach. Even the official APL app has a built-in fantasy league that mixes reality and the virtual world.

We went further and came up with something that others do not have – the intertwining of the game world and the real football. Our goal was to help the player to have fun creating their own football story.

Thanks to Footboss, the player has been returning to Parimatch not only because he wanted to place a bet or check the odds but also to take a break, win a couple of matches and get a prize for it. We specifically made a game session-based, so that players would not get stuck in it for hours, and after a couple of boss fights, they would return to their business.

Footboss as a non-trivial bonus for players

Footboss is not about money but emotions and brand loyalty. The game is entirely free, and for starters, it is enough to have an account in Parimatch. For the gameplay we chose the “free to play” model: the more you play, the more you progress for free. In this model, the player’s status isn’t essential – what matters is the desire to play.

With the help of Footboss, we tried to give players new emotions from interacting with the platform. In addition to emotions, players could receive gifts due to integration of loot box mechanics: in terms of probability, there were prizes ranging from game equipment to prizes such as an iPhone or MacBook.

Immersion in the game world and new betting experience

Footboss brings a fresh experience that combines a relaxed gameplay with a love of football. Together with his team of players, the player goes through the European stadiums, creating his history. Although the game is a fiction, it is saturated with football: the top player on a team is Terminalaldo, who is very similar to the real Cristiano.

We showed the game’s fantasy world in the advertising campaign that was getting prepared for Euro 2020. The transfer of the playable characters to the half-real cinematic world increased the engagement even more because the game concept proved viable despite the cancellation of the championship.

Betting in this story is more of a bonus than a necessity. The coach offers to do additional tasks, such as: place a bet on Esports, football, hockey, or basketball. Such involvements will help players to progress through the game faster and get in-game items, but is not required.

Footboss got into the audience’s competitive segment that is charged with a desire to win: the players immediately competed for the top 1 rating. We noticed the race in the rankings and decided to give motivated players more opportunities to prove themselves through in-game quests.

Over 100,000 players participated in the first version of the game, where they fought over 1,000,000 battles and completed more than 350,000 quests. For 36 days of the promotion, players opened 405,834 loot boxes, among which there were hundreds of real prizes from Parimatch.

Despite the fact that the game is session-based and is designed for five minutes of gameplay, some players scored 10 hours of game playing and completed the game four times.

We consider the launch a success because we have given players new experiences, expanded the platform’s capabilities, and identified growth points for interaction between games and betting.

Entertainment platforms are the future

We tried only up to 10 percent of game mechanics from our arsenal in the first test run. So far, we have built a conditional “stadium” where new battles will unfold: new

seasons and championships, quests, stories, characters, and content. We will also integrate other sports and gambling.

We are planning to add new mechanics such as PVP, so that players can compete against each other. The PVP format will enhance the engagement and the variety of gameplay through the fight’s emotions, new team assemblies, item sets, and tactics. We are also thinking about integrating actual events from the world of sports regarding betting promotions.

COVID-19 has affected the whole world and has become a powerful push for betting to move forward. Parimatch goes beyond the classical competition – we are already building a gambling entertainment platform. Thanks to the game integrations, we are changing the perception of bets and giving players new emotions.

Parimatch continues the path of innovations in the betting area and is already introducing fresh approaches to gambling.