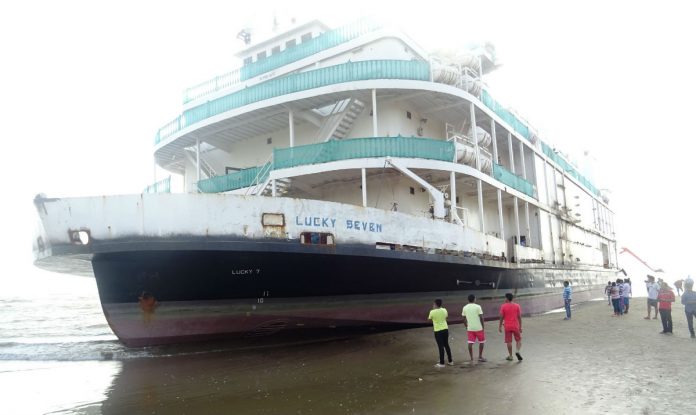 Goa’s sixth casino vessel, Lucky Seven, finally got off the Aguada sandbar while chief minister, Manohar Parrikar, has affirmed he will take a final call on shifting the state’s floating casinos before December.

Goa’s Manohar Parrikar-led coalition government approved a six-month extension to the off-shore casinos in the Mandovi River at the end of September.

Parrikar told reporters that a policy decision on the relocation of the off-shore casinos would be taken in the six months and insisted that he would make good on his promise to shift them from the river.

“We have given an extension of six months, but I don’t think I require six months. By December, as promised, we should be able to come out with a policy,” Parrikar stated.

“The meetings and consultations will start with stakeholders in mid-October.

“The government’s decision [to have a relocation policy] as pointed out in the state assembly will take some time to implement.The policy will be ready by December. Until then, we can’t keep them hanging.”

In a cabinet note, the government stated that the five offshore casinos will be required to submit an unconditional undertaking that they will shift the casinos out of River Mandovi whenever an alternative feasible site is finalised either on or before the end of March 2018.

The previous permission granted to the five off-shore casinos was a three-month period which came to an end on 30 September.

The previous BJP-led government had identified locations in Aguada bay and the Zuari, Chapora and Sal rivers but proposals to shift the vessels failed to get off the ground over the last two years.

The state has five operational off-shore casinos on the Mandovi river, while a further ten operate from hotels. In July, the government announced that all floating casinos would be forced to shift their operations to dryland within three years.

A proposed entertainment zone near Mopa International Airport in the city of Pernem has been suggested as a possible site for the floating casino operations.

Meanwhile, stricken casino vessel MV Lucky Seven finally eased off Miramar beach, where it had been stuck for 63 days,only to be grounded again on a sand bank 300m away due to low tide.

Reportedly a hole in the vessel’s hull has compli-cated the salvage operation further, with sources stating that the Lucky Seven has “once again filled with sand and water”.

“Despite unfavourable conditions, we used three tugs to try to pull the vessel but ended without much success [but] the vessel is approximately 10 metres closer towards the river channel,” explained Captain James Braganza of the Ports Administration Department.

“We now need to wait for favourable tide conditions which will probably be around 4 October to 7October.”

This is the second order that GSPCB has issued to Golden Globe. The first, made in August, went unanswered. GSPCB secretary Levinson Martins warned that failure to respond to this second missive meant “necessary action as per law would be initiated” against the owners.