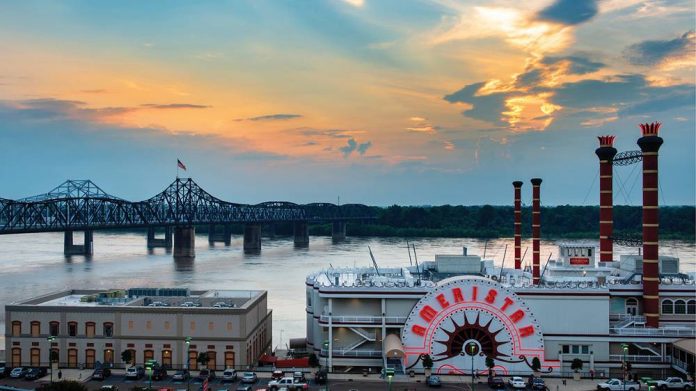 Despite reporting a second-quarter loss of $213.9m on 6 August, Penn National Gaming’s CEO remained confident regarding its prospects for recovery.

The Pennsylvania-based company owns, operates or has ownership interests in 41 gaming and racing properties in the US. For the three months ending 30 June, Penn National generated revenues of $305.5m – surpassing Wall Street forecasts – and adjusted EBITDAR of $24.5m.

“While the last several months have presented unprecedented challenges for our company, I am extremely proud of the way our corporate and property leaders and valued team members have risen to the occasion and, working tirelessly alongside our regulators and public health officials, have successfully reopened all but two of our casino properties,” said Jay Snowden, Penn National’s president and CEO.

The two properties which remain closed are Zia Park Casino Hotel and Racetrack in Hobbs, New Mexico and Tropicana Las Vegas. The latter is tentatively scheduled to open in September but Snowden acknowledged this could be subject to change. (Tropicana Las Vegas has now re-opened)

“Despite starting the second quarter with our entire property portfolio closed due to the COVID-19 pandemic, we ended the quarter in a significantly improved financial position as a result of continued mitigation efforts that contributed to significant margin improvement, a successful capital raise, and very strong financial performance at our properties since reopening,” he continued.

Snowden noted that the company’s geographic diversification across 19 states – with no more than 15 percent of its revenues derived from a single state – has proven to be a significant benefit as states have reopened casinos on a staggered basis.

“Although visitation has yet to return to pre-COVID levels, in large part due to state mandated capacity restrictions and limited amenities, spend per visit has been notably strong, resulting in better than expected revenues.”

He added that while May and June results may have benefited in part from pent-up demand, looking ahead to Q3, the company has been “highly encouraged by revenue and EBITDAR trends in July and early August”.

“We anticipate that a meaningful portion of the margin improvements realised since our properties reopened will be recurring as we continue to make fundamental changes to improve our offerings and efficiencies across our organisation.” Among these changes,

Snowden highlighted that Penn National is “working closely” with regulators in several jurisdictions to introduce cashless, cardless, and contactless technology at its casinos as part of efforts to “attract a younger customer”.

Snowden also confirmed the company anticipates resuming construction later this year on both of its mini-casinos in Pennsylvania, which it aims to open “in the second half of 2021”.

Penn National Gaming’s new Barstool Sportsbook app launched in Pennsylvania in September, while the company’s mychoice social casino product is also set to debut in Q3. Speaking during the company’s Q2 earnings call, president and CEO Jay Snowden, affirmed it is “extremely well positioned to capture an outsized share of the growing US sports betting and iCasino market”. “Over the last few months we have made significant progress on the development of the Barstool Sportsbook mobile app and remain on schedule to launch what we believe will be a best-in-class sports betting product in September,” he stated Penn National currently anticipate launching the app in Pennsylvania with additional states to follow throughout Q4 2020 and Q1 2021.

Snowden also reported the company’s Hollywood Casino-branded real-money iCasino product in Pennsylvania “continues to grow rapidly”, with quarterly sequential revenue growth of 108 percent during Q2. “By leveraging our deep, proprietary casino database, our iCasino product has achieved over 10 percent share of the highly competitive Pennsylvania market while delivering strong EBITDA margins,” he reported. “Our demonstrated ability to convert our casino database, together with our powerful partnership with Barstool Sports, should provide significant organic customer acquisition and cross-sell opportunities.”

“Finally, we are excited about the third-quarter launch of our all new mychoice social casino product, which we believe will serve as an exciting interactive gaming experience for our guests, as well as an important customer acquisition tool in states where we have not yet launched iCasino,” he concluded.