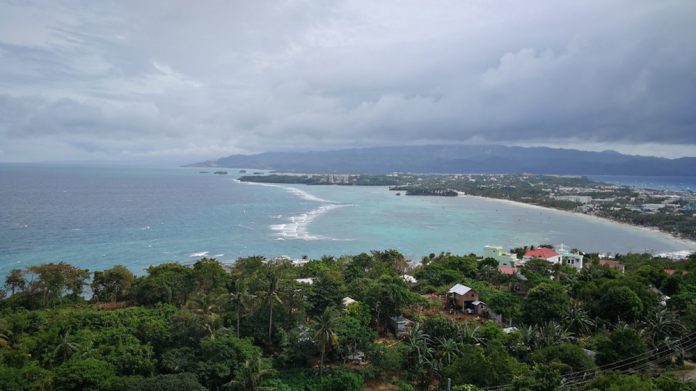 President Rodrigo Duterte once again appears intent on cracking down on the gambling industry in the Philippines, moving to ban all casinos on Boracay, after calling time on Galaxy Entertaiment’s plan to build an integrated resort on the popular tourist island earlier this year.

While hopes had once again been raised that Galaxy Entertainment Group’s plan to build an integrated resort on Boracay might have been able to move forward after all, the Philippine government once again seems set on cracking down on all casinos on the island.

Any existing gaming operations will also be barred from reopening when the island reopens to tourism on 26 October following a six-month closure to facilitate an environmental clean-up, a government official has confirmed.

In late July, the secretary of the Department of Tourism, Bernadette Romulo-Puyat, told Business Mirror that the Boracay casino ban was a directive from president Rodrigo Duterte.

“The President recently reiterated to the DOT his earlier position against the entry of casino operations in Boracay,” she stated. “This is in line with the desire of the DOT and tourism stakeholders in Boracay to further develop the island as a sustainable and family-oriented destination,” she added.

In an interview with ABS-CBN on 13 August, Romulo Puyat reaffirmed that the government would go ahead with the ban.

“[The president] has …instructed the Department of Tourism to close down the existing casinos in the island. So there will be no casinos at all in Boracay,” she stated.

However, responding to the announcement, the chairman of the Philippine House of Representatives Committee on Games and Amusements, Gus Tambunting, affirmed that only the regulator Pagcor has the direct authority to close casinos.

“I do not believe the Department of Tourism can shut down existing casinos for the simple reason that Pagcor has primary jurisdiction over all casinos,” Tam- bunting stated.

Prior to the government’s most recent policy tangent, Galaxy Entertainment vice-chairman Francis Lui Yiu Tung emphasised that the company still hoped it would eventually be allowed to proceed with its $300-$500m casino resort project on Boracay.

Speaking after the publication of the group’s Q2 2018 results on 8 August, Lui highlighted that, while there may have been a “misunderstanding” or “miscommunication” regarding the development, Galaxy Entertainment “shares the same vision” as president Duterte regarding protecting Boracay’s environment.

“I hope that we would be able to work with our local partners to explain to the Philippine authorities that their vision is the same as ours,” he stated.

On a similar note, in late July, Galaxy’s local partner on the project, Leisure and Resorts World Corp (LRWC) insisted that the plan to build a casino-resort complex on Boracay remained on track despite the island’s six-month closure.

“The plan has not been delayed by the closure of the island,” LRWC’s VP for legal affairs, Katrina Nepomuceno stated, speaking to reporters on 27 July.

She stressed that the original target for opening the resort by 2021 was still viable, and asserted that LRWC remained confident the project would go forward.

“Where am I getting the confidence? Because the president has also said he wants to maintain Boracay as a prime tourist destination.” Nepomuceno continued. “The fact remains there is a property and our partner has a licence.”

Pagcor’s chair and CEO Andrea Domingo has stated that Galaxy Entertainment and LRWC could chose an alternate site for the development. “Since they already have a provisional licence, and they will just relocate, I don’t think they’ll have a difficult time,” she explained.

Nevertheless, Lui reaffirmed that Boracay remained his preferred location. “Boracay is unique,” he contended. “To find another beautiful island with an international airport, close to China and Macau; there aren’t any, so I still prefer Boracay.”

Speaking to Casino Review in April, Eric Coskun, senior associate at IGamiX Management and Consulting, reflected that it is “unlikely” that Galaxy will consider another location.