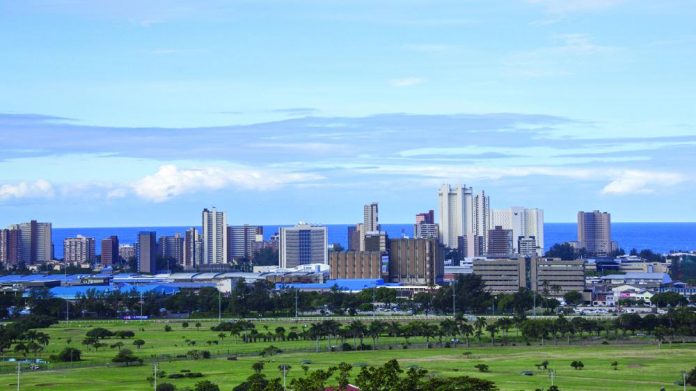 A report from South Africa’s Public Protector has hurt the reputation of Phumelela Gaming and Leisure, the company claims, and so South Africa’s largest horse racing operator is taking Advocate Busisiwe Mkhwebane to court.

After months of criticism from South Africa’s Public Protector, Phumelela Gaming and Leisure, the nation’s largest horse racing operator, is heading for a high court showdown against Advocate Busisiwe Mkhwebane.

The company’s legal advisers have recommended that it apply to the high court with the intention of having the Public Protector’s report into the corporatisation of the South Africa horseracing industry set aside. Since its preliminary release in March and subsequent publication in May, the report alleging maladministration and improper conduct has slashed Phumelela’s share price almost in half, with Mkhwebane also suggesting that the company should no longer collect half of a six percent tax on all player winnings.

Disputing the report, Phumelela stated that the Public Protector has “acted in a manner which is unconstitutional, contrary to the principle of legality and outside of her powers” during her investigation, ignoring relevant considerations while taking irrelevant ones into account. After identifying numerous unrelated observations in the report. Phumelela believes the nature of her findings has damaged its reputation, and as such, the operator wants the immediate postponement of the ongoing public hearings convened by the Public Protector in order to test the evidence and to make its own submissions. In a statement released on the last day of May, Phumelela confirmed it was ready to lock horns with Mkhwebane in high court.

“These observations and findings have caused Phumelela to suffer reputational harm,” said Phumelela spokesperson Colleen Goodman. “It is pertinent to note that the Public Protector refused, prior to issuing her final report, to give Phumelela access to the evidence upon which her findings were based or to afford Phumelela the opportunity to question witnesses who gave evidence. Phumelela has been advised that this constitutes a breach of the provisions of the Public Protector Act.”

Goodman further stated that Mkhwebane acted in a “procedurally unfair, biased and capricious manner” throughout her investigation, with the report titled ‘Corporatisation of thoroughbred horseracing in Gauteng’ reflecting these shortcomings. In her report, Mkhwebane described Phumelela as “hell-bent” on frustrating her investigation, however Goodman argues that much of the Public Protector’s scrutiny was directed beyond the scope of her powers.

“The report sets out the findings of the Public Protector in respect of four issues relating to the corporatisation process and despite the fact that the Public Protector concluded that three of the four issues investigated by her were unsubstantiated, she directed President Cyril Ramaphosa, the premiers of all provinces, the minister of sport, the minister of trade and industry and the Gauteng Gambling Board to take wide-ranging remedial action, the majority of which is entirely unrelated to either her findings or to the only substantiated complaint,” Goodman continued, adding that while “purportedly” acting as mediator, Mkhwebane had proposed, in writing, that Phumelela make a payment of R10m ($680,000) to one of the complainants for “pain, suffering and public humiliation” and for “relinquishing her plans and interests” in respect to Phumelela’s Arlington Racecourse in Port Elizabeth.

“Phumelela rejected this proposal because no legal justification exists for such a payment. The Public Protector stated that the rejection of a payment that, to her knowledge, had no basis in law was ‘regrettable’. It is also noteworthy that none of this complainant’s complaints were substantiated.”

Goodman added that despite the Public Protector holding public hearings to hear further evidence, it had never invited Phumelela to the hearings, nor given the company the chance to contest evidence with its own submissions.

“Phumelela was compelled to approach the high court for an urgent order postponing the hearings, in order to afford it an opportunity to test the evidence and to make submissions in respect thereof. The Public Protector has constantly misconstrued the high court’s order as an interdict when it merely postponed the hearings,” she concluded, adding that Phumelela had sent in all its relevant documents to Mkhwebane since her investigation commenced in 2013, “The Public Protector appears to have disregarded most of this relevant information in coming to her conclusions. In addition, she has accused Phumelela of constantly frustrating her investigation. Phumelela denies this.”

As such, after six years of submitting documents for Mkhwebane to examine, Phumelela has called time-up on cooperation, and instead, will see the Public Protector in court.