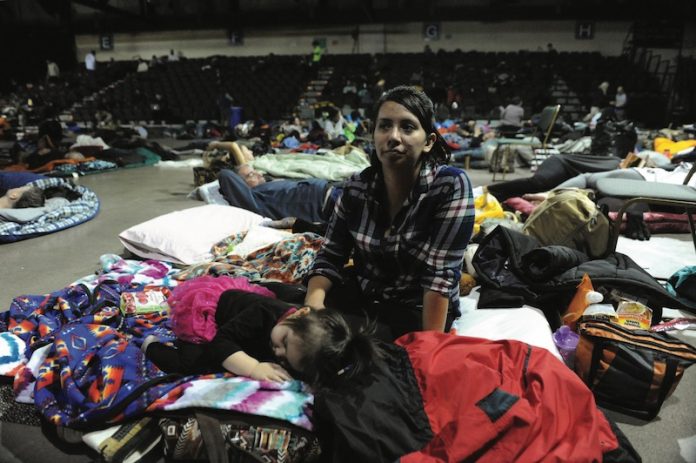 North Dakota’s Prairie Knights Casino And Resort has taken a $6m hit amid the turmoil stemming from the Dakota Access Pipeline protests, thanks in part to agitators who blocked roads, and forced the closure of a key access bridge after setting it on fire.

In North Dakota, the Standing Rock Sioux Tribe is reportedly facing a $6m shortfall in its annual budget due to winter business at its Prairie Knights Casino And Resort being adversely affected by severe weather and the nearby protests against the construction of the controversial Dakota Access Pipeline.

The Dakota Access pipeline protest brought global attention to the tiny village of Cannonball and the name of the Standing Rock Sioux Tribe – who own the casino – has become synonymous with water rights and tribal sovereignty. Local media reported that December saw the Sioux County casino transformed into an unlikely refuge as hundreds of people made their way from the nearby Oceti Sakowin protest encampment in search of shelter from subzero temperatures and high winds.

The weather conditions and a number of sheltering protestors inside the Fort Yates venue, saw a sharp decline in gambling revenues as many regulars stayed away.

This situation further exacerbated a drop brought about by the earlier closure of the nearby Backwater Bridge on North Dakota Highway 1806, which meant that Bismarck-area players were forced to take a tenmile detour in order to reach the Prairie Knights Casino And Resort.

“It’s like it’s fallen off a cliff,” said Jerome Long Bottom, CFO for the Standing Rock Sioux Tribal Council. “When the bridge was shut off, the numbers just plummeted.”

With a critical access route to the casino cut off, it follows that revenue is down from $14m in 2015 to $8m in 2016, according to figures in the Washington Times.

In order to alleviate the looming shortfall and maintain its social programs fully funded, the Standing Rock Tribal Council had been forced to supplement a portion of the casino’s lost income with $3.2m from donations to its No Dakota Access Pipeline (NoDAPl) account.

But, this cash is only set to last until the end of April after which time the tribe may be forced to again utilise NoDAPl funds or dip into its savings account, which would severely hamper planned investment into the Prairie Knights Casino And Resort.

Long Bottom was also unsure how closely people associated controversy over the Dakota Access crude oil pipeline with the casino. “I don’t know how bad the perception is.”

LaRoy Kingsley, president of the marketing firm KK Bold, which represents the casino, stated that the venue has undertaken a public relations campaign to lure patrons put off by months of upheaval and clashes with law enforcement.

“There’s absolutely no doubt that the protests and the closing of the bridge have had a significant impact on people’s ability to get to the casino and just their comfort level driving down,” said Kingsley, speaking on local radio.

The casino is a major economic driver for the whole region and purchased $9.1m in goods and services from 267 North Dakota businesses last year including $6.7m from 224 enterprises in the Bismarck area.

With both concert and visitor attendance down over the past several months, the venue’s general manager E.J. Iron Eyes, will be coordinating the PR campaign to draw customers back to the casino. “I’m looking for things to improve as we move into summer,” said Iron Eyes.