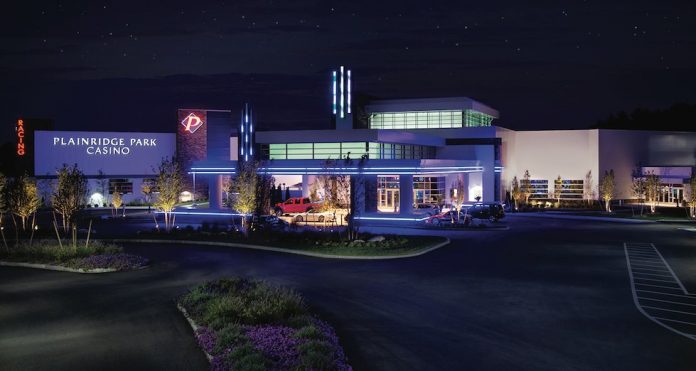 Massachusetts’ sole casino is holding its own thanks to a marketing strategy targeting a younger demographic, but the slots parlour is set to face increasing competition with two large-scale venues due to open their doors in the state.

As Plainridge Park Casino – Massachusetts’ first, and so far only casino – approaches its two-year anniversary, a new marketing strategy aimed at younger customers seems to be contributing to a revenue surge.

The property has generated roughly $157m in gross gambling revenues since last June, or slightly higher than the $154m it registered in its first full year, according to an Associated Press review of state data.

The venue’s VP of marketing, Michele Collins said Plainridge is seeking to “introduce a new demographic to the casino” by expanding its entertainment offerings, with the venue hosting concerts and a boxing match which brought in customers aged 21 to 40.

Once in the doors for the entertainment, the younger crowd appears to have migrated to the gaming floor as revenue in May was $14.4m, the third consecutive month of growth and the best month for Plainridge since August 2015.

“Overall, it’s done better than I expected,” says David Gulley, an economics professor at Massachusetts’ Bentley University. “It’s always hard for a new gaming facility to live up to expectations and to maintain the initial excitement that surrounds the grand opening.”

However the annual figures are still a far cry from the $300m initially projected for the slots parlour and harness racing track which opened in late June 2015, under a state gambling expansion law which is also bringing larger-scale casinos to Springfield and Everett.

The casino also has been tilting payouts in customers’ favour as it competes with Twin River, a larger, full-scale casino about 20 miles away in Lincoln, Rhode Island.

Plainridge Park is retaining about 8 percent of all slot machine wagers, down from just over 10 percent when it first opened, according to state data, while its hold has been as low as 7 percent of wagers at various times this year. US casinos outside of Las Vegas generally retain anywhere from 7 to 11 percent of wagers, depending on the level of local competition, according to Clyde Barrow, a professor of political science at the University of Texas-Rio Grande Valley.

“Plainridge is having to return more money to its customers to keep them coming back,” he stated.

Despite this, commentators have noted that the casino’s 1,250 slot machines have consistently averaged above the industry standard of $300 a day in revenue, providing a significant economic contribution to the state’s coffers, with Massachusetts’ collecting 49 percent of Plainridge’s gambling revenues.

Plainridge Park’s run as the lone casino in Massachusetts will soon come to an end. MGM is scheduled to open a Las Vegas-style destination resort casino in Springfield in late 2018 and Wynn Resorts is earmarked to open its own in the Boston-area in summer 2019, with the possibility for a further two Tribal venues in the offing.

At the beginning of June, the Massachusetts Gaming Commission fined Plainridge Park $65,000 for failing to meet minimum security staffing requirements, following a review of staffing levels.

The casino “fully cooperated” with state agents and is “taking proactive steps” to remedy the issue, the commission confirmed in a statement.