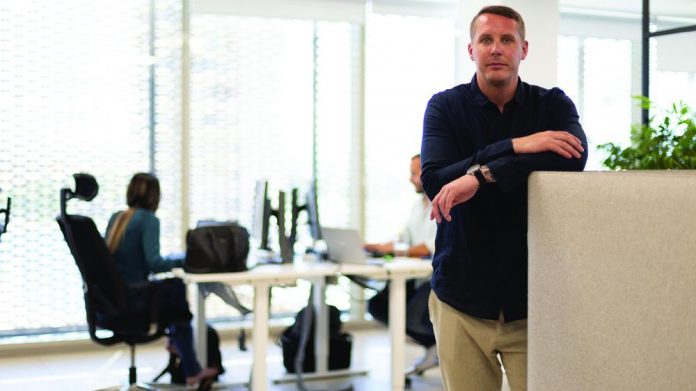 Affiliate manager Tommy Adolfsson Saarela believes it’s time to change the way we look at what we do and, in his new role at Play’n GO, he intends to do just that.

Play’n GO have established themselves as a top-quality supplier of slot games to the industry and they continue to push forward.

Their latest development? Introducing an affiliate manager into their ranks in the form of Tommy Adolfsson Saarela. A Swedish native, Tommy knows a thing or two about looking at things from a different angle.

After a stint at Digisec, Tommy moved into the casino industry working for Vera and John before then landing a position at Betsson Group as a key Affiliate Manager for Norway, handling Norwegian affairs for multiple Betsson Group brands such as Betsson, Betsafe and Nordic Bet. This meant he was in charge of a country that he had never lived in before and didn’t speak the language! Instead of it being a barrier, Tommy viewed it as a challenge, immersing himself in the culture, learning the language and reading current events to understand how Norwegian society worked.

It was a success and Tommy built a reputation for himself both within the company and within the industry, which led to him joining Global Gaming as they sought to build their first affiliate team. It took six months to get the program started, and he and the team began to launch the program and get affiliates on board, and the result led to Global Gaming being awarded as the Best Non-English Affiliate Program at the iGB Affiliate Awards for their Global Gaming Affiliates Program.

Now he is looking to build with Play’n GO, and again, is looking for the new angle. Before joining the industry, Tommy worked in Sales, and he puts the lessons that he learnt there, into his work today:

“It’s all about building relationships; your affiliates need to trust you and vice versa. It’s not about throwing money around, that doesn’t inspire loyalty; the real value is in the relationship.

At Play’n GO, we are taking a different viewpoint. We don’t view it as a one-way street; supplier to affiliate, affiliate to player. We make games, affiliates send players to the casino, and then players play the games. It’s one big circle, and people don’t seem to be looking at it that way.”

Tommy is also interested in looking at different avenues and creating affiliations in places that may have been overlooked so far in the industry.

“I don’t want to give anything away of course, but there are channels where you can really showcase yourself to players with the help of affiliates, and I want us to tap into those channels and fulfil their potential. It’s all about looking in new directions.”

It seems the latest addition to the Play’n GO ranks has a keen eye for seeing things from a different point of view, something that has served him well so far, and will keep the slot specialists pushing for the top.