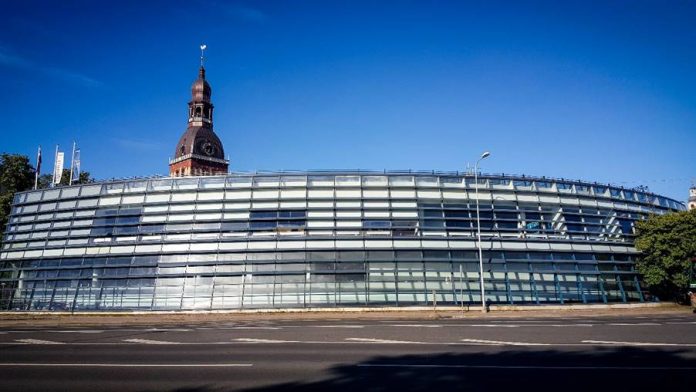 Playtech has completed the delivery of Live Casino rooms to its next generation studio in Riga, Latvia.

The move to the world’s largest Live Casino studio began in mid-2016 with the acquisition of a prime 8,500-square metre capacity site built on top of the city’s fortified 16th century walls in the heart of Riga Old Town, a site that dwarfs any existing Live Casino area in the market today.

Intensive work immediately began on converting the site into a state-of-the-art, next-generation Live Casino studio. The magnitude of the task was made even greater as the core studio had to simultaneously maintain existing operations while the new site was developed, built and gradually opened using a meticulously planned, phased approach.

The first dedicated room was finished in early 2017 with Sky Casino migrating its operation to the new site and switching on its re-developed offering in April. The remaining licensees with dedicated offerings have migrated and were fully operational in the following 12 weeks. These include, among others, bet365, Coral, Ladbrokes and Paddy Power-Betfair.

Each dedicated offering has been redeveloped and redesigned in line with each licensees’ specific requirements as well as to ensure their operations are future proofed, and to create and offer the world’s most advanced and ultimate Live Casino gaming experience.

Since opening, Playtech’s dedicated rooms have witnessed a significant increase in players who have rapidly adopted the new, dedicated Live experiences, while licensees have given phenomenal feedback on how pleased and excited they are with each new offering and the potential for even further growth.

“Playtech demonstrates its absolute commitment to delivering the best Live Casino experience and this project is significant testimony to it,” Shimon Akad, COO of Playtech, said.

“From making one of our largest ever investments and redeveloping this site into the world’s largest Live Casino studio, to completing the largest Live customer migration ever seen, it’s been an exhilarating, non-stop journey and there is much more to come.

“Licensees and potential new operators visiting the new and innovative studio have been blown away at the operation we have here now. They have been so excited to see the huge progress we’ve made in creating unique dedicated experiences and word is spreading fast to other operators in the market.

“Getting to this stage so quickly and without any issues is due to the enormous dedication of the team. I’d like to thank everyone who has contributed to this project for achieving what is, without a doubt, the world’s most cutting-edge, best-performing, next generation Live studio,” Akad added.

The technology within the building is unmatched with hundreds of state-of-the-art cameras, catering for hundreds more custom-made tables and gaming areas, an advanced control and monitoring centre and large-scale dealer campus used to train and develop all Playtech Live’s staff.

Every inch of the new operation has been conceptualised, designed and delivered with a future-first approach with all Playtech Live common and Live dedicated licensee areas remodeled to accommodate the latest software and hardware presenting players with the ultimate, never-before-seen gaming experience.