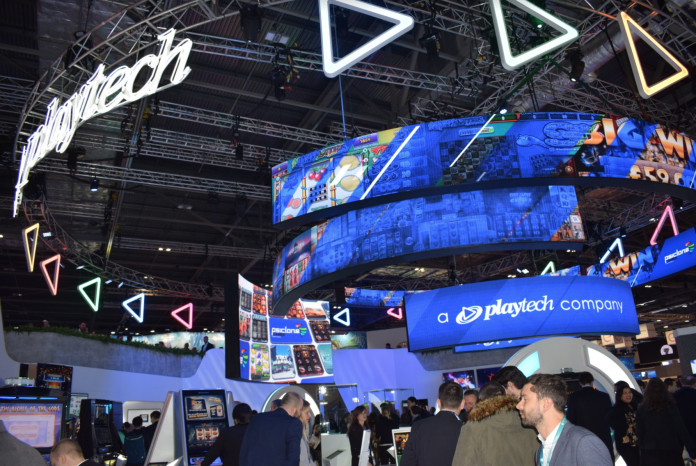 The domino effect of regulation will only continue, says Playtech CEO Mor Weizer, and in each case, omni-channel capabilities will determine which firms drive the market forward.

For Playtech’s CEO, Mor Weizer, one process is shaping the gaming landscape more than anything else: the ongoing and inevitable transition towards regulated markets.

And as more jurisdictions become regulated, the convergence of retail and online will only intensify, he explained, rewarding operators that are able to leverage their retail presence and offer their customers a full suite of on and offline gaming products, “accessible anywhere and anytime”.

It’s a world where Playtech feels uniquely at home.

“There is a theme, that is an extremely important one to us here at Playtech – it’s an ever-evolving and ever-developing change. It is the transition from unregulated to regulated markets,” said Weizer, speaking during the Playtech press conference at ICE 2018.

“A lot of people now realise that being too focused on regulated markets actually comes with a lot of risk, not just rewards,” he added.

“And I think there is a balance that companies, particularly the pan-European ones, need to maintain between regulated and unregulated income streams.

“It is extremely important to enjoy the benefits of operating in certain unregulated markets, and generating income that can then be deployed into the same markets as they then become regulated.”

At the centre of the this transition is omni-channel, yet despite its integral role in the industry’s future, Weizer contended that omni-channel is still widely misunderstood.

“Most people miss the point of omni-channel. It’s not enough to simply have the same content available on web and mobile; it’s not enough even to have it available in retail. Omni-channel goes far beyond that – it’s about creating an environment, a kind of ecosystem to ensure that the customers remain loyal.”

Within this context as Weizer described, Playtech is “uniquely positioned”.

“Playtech established itself in the early days through the platform,” Weizer said. “We realised a new game is not sufficient, so we focused on the infrastructure, the back-end system, the IMS –  which is now the backbone of our omni-channel solution. It provides us with the capabilities to support every part of every operator.”

Following a successful 2017, Playtech is set to expand across the board. The company recently opened the largest Live Casino studio in the world in Riga.

Alongside this, for the virtual reality segment, which Weizer predicted will become “the future of any entertainment industry”, Playtech has developed VR Roulette and VR Shoot for land-based gaming.

Specifically designed to give operators more flexibility in competitive regulated markets, GPAS enables firms to develop their own games quickly.

“Once you have the math, the graphics and the sound it takes seven minutes to deploy a game – and this is a revolution in terms of content development,” he added.

Also from the marketplace, operators can search for games specific to their target audience.

“You can enter the certain characteristics of you customers, and based on all the data we have, we can offer you a list of games that will appeal to them most. Within seconds it’s deployed on your site.”