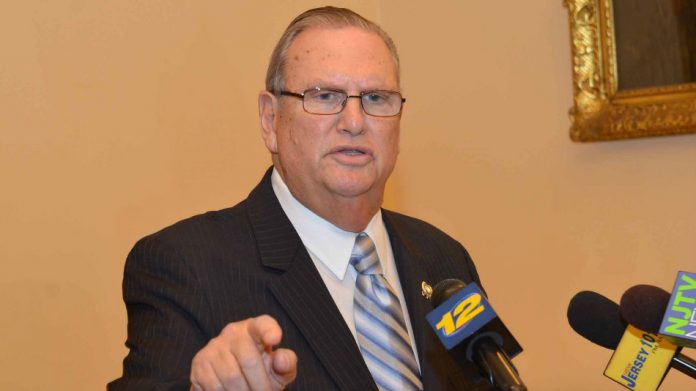 With November’s referendum on two new casinos in North Jersey on the horizon, Assemblyman Ralph Caputo has criticised out-of-state “corporate and labor interests” for lobbying against the development.

[dropcap]O[/dropcap]n 8 November the US state of New Jersey will hold a referendum on allowing two new casinos outside Atlantic City and both opponents and proponents of the proposals for two new casinos in North Jersey are campaigning hard to sway voters.

As the only New Jersey legislator who has also spent decades as a casino executive in Atlantic City, Assemblyman Ralph Caputo, the chairman of the Assembly Tourism, Gaming and the Arts Committee has waded in to the fray.

“Powerful and well-heeled political, corporate and labor interests outside New Jersey will spend whatever it takes to defeat the Referendum for North Jersey casinos in order to keep billions of dollars of our gaming revenue flowing out of New Jersey and into their pockets,” said Caputo.

“They like things exactly the way they are, and will use innuendo and outlandish accusations to convince New Jersey taxpayers to vote against our own best interests because it benefits them, and that offends me.”

They like things exactly the way they are, and will use innuendo and outlandish accusations to convince New Jersey taxpayers to vote against our own best interests because it benefits them, and that offends me

Caputo argues that New Jersey is losing a significant proportion of its gambling revenue to competition based in the nearby states of Pennsylvania, New York, Maryland, New England and Delaware.

These states are luring away New Jersey-based gamblers for whom it is more convenient to travel to out-of-state casinos than to Atlantic City.

The city has already lost four out of its twelve casinos in the last couple of years and will lose a fifth casino in October when the Trump Taj Mahal casino closes down.

The Assemblyman emphasised that both state legislators and voters must consider the impact of convenience gambling and quickly adapt to ensure the survival of New Jersey’s casino industry.

He  suggests that the two new casinos in North Jersey will generate additional revenue for the state government to invest education, infrastructure, benefits for the elderly, transportation and property tax relief.