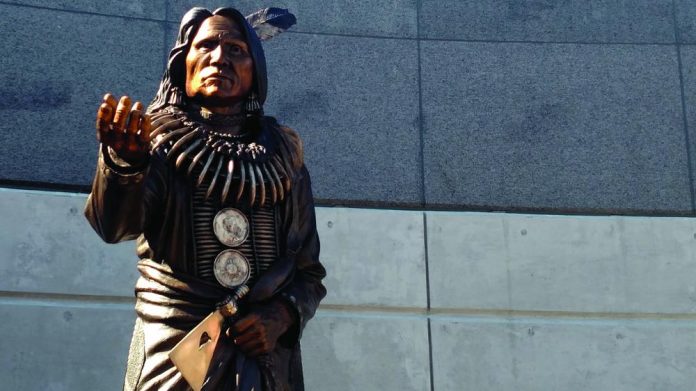 The Ponca Tribe’s small, 200-slot casino in Carter Lake, Iowa remains at the centre of a legal controversy as the states of Nebraska and Iowa and city of Council Bluffs look to reverse the NIGC’s 2017 decision to grant the tribe a casino licence.

The Ponca Tribe’s $10m Carter Lake casino is facing a further legal challenge, which seeks to overturn the National Indian Gaming Commission’s 2017 decision to grant the tribe a casino licence.

The Ponca Tribe’s attorney, James Meggesto, stated that despite the litigation, the tribe remains confident the court will rule in its favour as it has done in prior lawsuits. “The tribe had the sovereign right to conduct gaming once the NIGC ruled in their favour,” he affirmed.

Hosting 200 slot machines, the 9,500 sq ft Prairie Flower Casino opened in November, the cumulation of a 10-year struggle by the tribe to obtain a licence. The NIGC initially approved the casino in 2007, but the states of Nebraska and Iowa and city of Council Bluffs challenged that decision.

“This building, this casino, is a symbol of our resilience, and of a more secure future for our next generations,” said Ponca tribal chairman Larry Wright, speaking during the property’s opening ceremony.

“This gaming facility and our new health facility are physical structures which show the commitment we have as people to care for each other, to ensure our citizens and children have the same opportunities as others, and to provide for the future of our tribe.

“Just as our ancestors used the tools they had at the time …we see Prairie Flower as an economic tool that we have, just like any other government would do to provide for our citizens and create a foundation for the future.”

Unlike most other tribal casinos, the property was not built on a reservation, and is situated on a five-acre site the tribe purchased 20 years ago in Carter Lake. While the city is located in Iowa, it is physically surrounded by Nebraska due to the shifting nature of the Missouri River and is situated less than a mile from Eppley Airfield, and under five minutes from downtown Omaha.

The casino’s location has been a key point of contention, with the property currently at the centre of litigation by the city of Council Bluffs in Iowa, and the state governments of Iowa and Nebraska.

“The practical result,” Nebraska’s lawsuit states, “is that Carter Lake is accessible only by travelling through Nebraska, and more specially, through Omaha, which is Nebraska’s most populous and densely populated metropolitan area.”

State and local officials have expressed concern that the tribe’s casino will cannibalise the millions in taxes, fees and endowment funds currently produced by Council Bluffs’ three casinos.

That public money – a large proportion of which comes from Nebraska residents – came to nearly $95m in 2017, according to figures from the Iowa Racing and Gaming Commission.

A 2013 study commissioned by the IRGC found Nebraska residents spent nearly $327m at Iowa casinos, a quarter the state revenues.

“Our early estimates are that the state of Iowa could lose $30m in state gaming tax revenue, and we could lose another million in taxes and fees a year locally,” said Council Bluffs mayor Matt Walsch. “Council Bluffs casinos could, eventually, stand to lose 350 jobs.”

Despite this, Wright observed that about 80 of the casino’s 100 employees are not tribe members. He clarified that the tribe is paying $750,000 annually to Carter Lake to offset any safety and infrastructure costs to the city.

“We’ve committed to providing three quarters of a million dollars to Carter Lake for annual contributions to support general city improvements, and also support first responders like the police and fire [services],” he stated.

Referring to the latest lawsuit, Wright remained optimistic about the tribe’s prospects. “It’s the same fight, all these years after it began,” he asserted. “We feel confident in our position, regardless to people’s opposition to gaming as a whole, it’s doing exactly what it was intended to do: Improve support for our services and our people.

“Education, social services, health care, all the things that we can expand with the proceeds from this. So it’s bigger than just the casino itself. It’s what we do with those proceeds.”

Named for Prairie Flower, the adult daughter of Chief Standing Bear, who died during the Ponca Tribe’s forcible removal from their homeland in northeastern Nebraska to Indian Territory in Oklahoma in the 19th century, plans for the second phase of the property are reportedly already in place.

“[With] this economic development, over in [an] area which hasn’t seen anything in my lifetime – it’s been a vacant grass field – …we’re hoping to bring jobs, a little destination, some recreation, and a lot of opportunity for that area,” said Carter Lake mayor Ron Cumberledge, speaking prior to the venue’s opening last August.