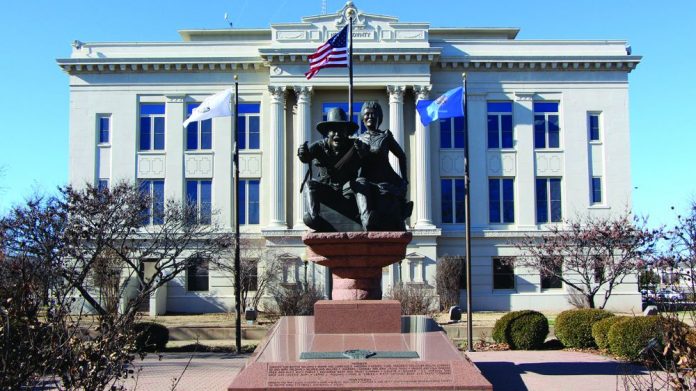 The Ponca Tribe of Indians of Oklahoma has begun work on its new gaming venue near Perry which will offer 290 electronic gaming machines, and create jobs for 90 full-time and part-time employees.

Ponca Enterprise Gaming, a subsidiary of the Ponca Tribe of Indians of Oklahoma, has begun construction of a new casino near Perry.

The company confirmed in May that the Fancy Dance Casino is expected to be completed in nine months.

Several Oklahoma City based firms are involved in the development. Frankfurt-Short-Bruza Associates is serving as the project’s architect, CP&Y as the engineering firm and Timberlake Construction as the general contractor.

“The new Fancy Dance Casino will be a source of revenue and stable employment for the Ponca Tribe and residents for years to come,” said Richard Lonsinger, CEO of Ponca Enterprise Gaming. “The selection of three Oklahoma-based companies is a prime example of how quickly it will begin making a difference for Oklahomans.

“We’re proud to be the source of such great economic impact not only to surrounding counties but also to our tribe’s members.”

Upon completion, the 10,000 sq ft building will house nearly 290 electronic gaming machines, and create jobs for 90 full-time and part-time employees.

The tribe’s two previous casinos in Ponca City had to be shut down in 2002 and 2003, after the National Indian Gaming Commission raised issues about the operations at the facilities.

“The expertise Global Gaming Solutions brings to the Fancy Dance Casino ensures future patrons will have the best possible experience when they visit,” Lonsinger continued. “We’re happy to have the opportunity to work with leading industry experts, and we look forward to providing a top-notch entertainment experience to residents and visitors.”

The new property might not be the only casino in the area. Last year, the United Keetoowah Band of Cherokee Indians in Oklahoma was looking to strike a deal with the city of Enid – situated around 41mi from Perry – to build a gaming facility but in December city commissioners voted against the proposal.

It’s unclear if the tribe still intends to try and push ahead with plans for the casino. Speaking at the time, tribal attorney general Klint A. Cowan said that while the tribe did not need the city’s approval for the project but would have preferred to have it.

On paper, the United Keetoowah Band could still proceed with its application, however, lack of support at the municipal level could affect how the Bureau of Indian Affairs reviews the project and whether the state ultimately signs off on it.

Additionally, given that the tribe is pursuing the casino under the two-part determination provisions of the Indian Gaming Regulatory Act, the governor’s approval would also be needed further down the line.