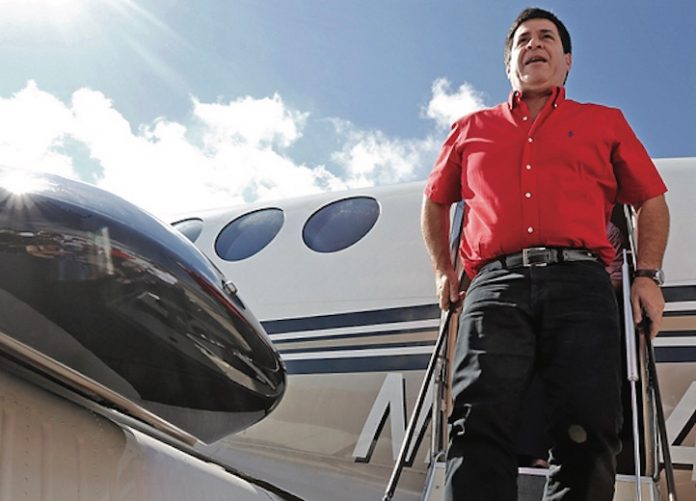 In Paraguay, the National Ports Authority (ANNP) has announced that it will lodge a legal complaint against the country’s president with the public prosecutor over a plan to use its land for a new hotel and casino complex in Ciudad Del Este.

The ANNP wants to put president Horacio Cartes, along with Ciudad Del Este mayor Sandra McLeod De Zacarias and other public officials on trial for usurping its authority by requisitioning the land for the proposed development.

The planned casino complex is set to be located inside the current local headquarters of the ANNP at the head of the Friendship Bridge border crossing, connecting Ciudad del Este – Paraguay’s second largest city – to the neighbouring Brazilian city of Foz Do Iguacu.

Although Cartes sanctioned the start of the casino’s tender this March, the ANNP has rejected presidential decrees 6131 and 6865, which establish the process, alleging that these violate Ports Law 1066, which prohibits commercial, financial, or industrial operations which are not in keeping with the port’s main objective.

The group claims that the concession of the 11 hectare site was carried out without the approval of the ANNP’s Board. They argue that the site is an area of historic importance, since it is where Ciudad del Este was founded, and thus forms part of the city’s urban heritage.

The ANNP is also calling for the public prosecutor to investigate Gustavo Leite, the country’s minister of industry and commerce, as well as Javier Balbuena, the president of gaming regulator Conajzar, over various claims of corruption, malfeasance, breach of trust and producing false documents.