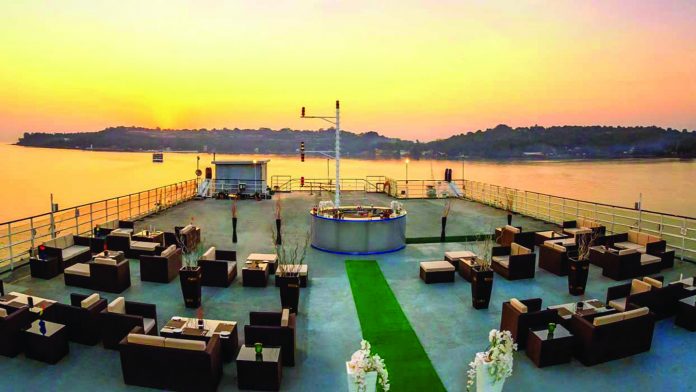 Off-shore casino gambling could be expanded in Goa, however, the state’s operators are struggling to stay afloat under the weight of ongoing demonetisation woes.

In the coastal state of Goa, one of only three Indian states to permit some form of gambling, the state cabinet has moved to redefine the term “off-shore casino” in the Goa Gambling Act which it is claimed could pave the way to casino vessels operating in all rivers across Goa.

This claim was made by opposition party Goa Suraksha Manch (GSM), which alleged that the current Bharatiya Janata Party (BJP) government wants to make the state “the gambling capital of the country.”

“The Cabinet decision has to be converted into an amendment to the Goa Gambling Act,” said GSM president Anand Shirodkar, quoted by Herald Goa.

“But since the elections are [around] the corner, and there may be no more session of the assembly and this is the main reason why the government took the decision hurriedly.”

While elected on an anti-casino platform, since coming to power Goa’s chief minister Laxmikant Parsekar has been reluctant to crack down on the industry.

“Someone told me that I was compelled to marry a pregnant woman, so naturally I had to take care of her children,” he said, explaining his stance on offshore casinos in April. “The state’s economy is dependent on casinos [and they] create direct and indirect employment opportunities.

“But at the same time it should not be misunderstood that I am supporting to increase the number of casinos in the state, uprooting offshore casinos immediately would send a wrong signal to the investors in the state, besides it will affect the employment of our local youth,” he added.

In the amendment, off-shore casinos may be allowed to operate not just on the Mandovi River, but also on the rivers Terekhol, Chapora, Mapusa, Zuari, Sal, and the Cumbharjua channel.

At present, there are five floating casinos operating on the Mandovi river, however the casino fleet only has until the end of March 2017 to find a new location to call home after they were ordered to relocate earlier this year.

While the Zuari river near Chicalim, located about 3km from the Dabolim international airport, has been posited, none of the casino owners has yet embraced the plan.

The state’s casino operators have been hit with further problems in recent weeks after the Indian government scrapped 1,000 and 500 rupee notes as part of their anti-graft and corruption crackdown.

In the wake of the announcement, state media outlets have reported that the limited availability of cash has forced many offshore casinos to shut down their operations temporarily.

Parsekar acknowledged that casinos “are likely to get affected” by the demonetisation; while casino management initially allowed payments in the demonetised currency, that decision was rolled back after the vessels started running short of currency notes.

According to the casino industry’s own estimates, nearly 95 percent of its patrons are domestic tourists mostly hailing from Maharastra, Delhi, Karnataka, Andhra Pradesh and parts of North India.

“All our businesses have closed-down. We have no money in cash to pay people and vice versa,” said an unnamed casino operator cited in The Indian Express.