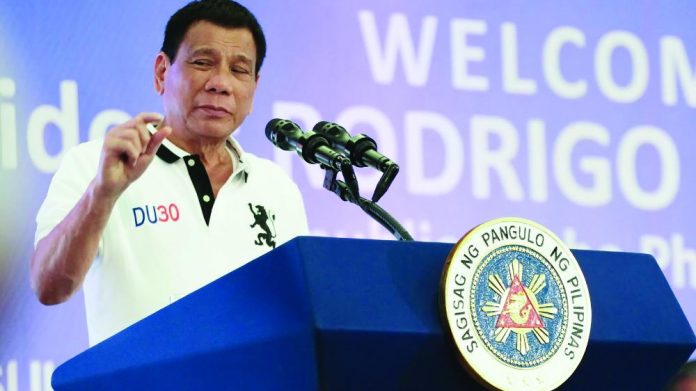 While president Rodrigo Duterte is known for his opposition to the gambling industry, his comments at a recent campaign rally suggest that he may intent to moderate his position.

President Rodrigo Duterte, who up until now has been staunchly opposed to the gambling industry, appears to have softened his stance.

“That gambling-gambling, I will not meddle with it anymore, just do not enter. I cannot control it, really …I will let you in, but not extortion or drugs,” Duterte stated, speaking at a campaign rally on 11 May. Singling out the popular illegal games of jueteng and hantak, he added, “That will be up to you. I am not trying to encourage you …I cannot stop it anyway and I know I am lacking.”

While remarks made at a campaign rally may not necessarily signal an official change in policy, they have raised hopes that the president may yet revise his position on the casino licence moratorium that was introduced last year.

2018 wasn’t exactly a red-letter year for casino developments in the Philippines. Last year the Department of Justice found that the land lease contract between the state-owned Nayong Pilipino Foundation (NPF) and Landing International Development was void.

The decision effectively nixed a plan by the Hong Kong-based casino developer to build a $1.5bn casino resort, dubbed NayonLanding on land owned by Nayong Pilipino in Manila’s Entertainment City.

Alongside this, the government cracked down on casinos on Boracay, barring existing gaming operations from continuing in business when the island reopened to tourism on 26 October following a six-month closure to facilitate an environmental clean-up.

The decision effectively left a plan by Galaxy Entertainment Group to build a $300-$500m casino resort on Boracay in limbo.

Despite the uncertainty for investors, the Philippines remains a lucrative market. In the first quarter of this year, the Philippine Amusement, and Gaming Corporation (Pagcor) reported revenue of PHP18.3bn ($347.5m) from gaming operations, a 15.6 percent rise on the same period last year.

The regulator-cum-operator’s chair, Andrea Domingo, has emerged as a proponent of further casino expansion. In late January it was reported that she would ask president Duterte to ease the ban on granting new casino licences, allowing them to be issued on a case-by-case basis going forward.

“Gaming seems to be the sunrise industry now in Asia,” Domingo said. “There are still areas in the Philippines that can still absorb and benefit from these investments, which won’t go here with the current ban.”