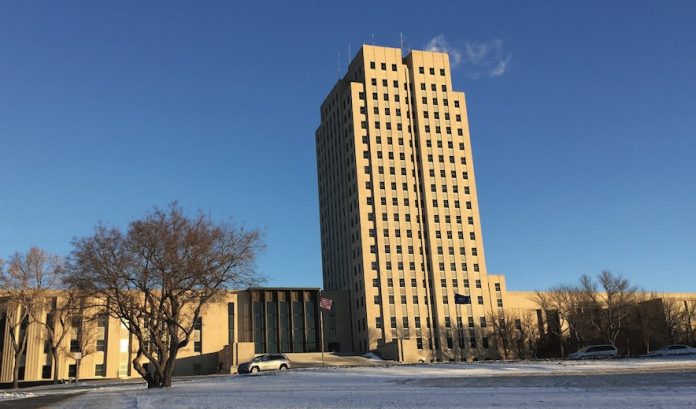 North Dakota’s top House Republican has proposed a new resolution for six state-owned casinos but risks alienating American Indian tribes at a time relations are already fractious due to the dispute over the Dakota Access oil pipeline.

Under a resolution floated at the state Legislature this March, North Dakota voters would decide whether to allow up to six state-owned casinos.

House Majority Leader Al Carlson is the primary sponsor of House Concurrent Resolution 3033 and the question would be put to voters in the 2018 primary election as to whether to amend the state Constitution allow the Legislature to authorise casinos.

Currently the only casinos in North Dakota are on the state’s five American Indian reservations, and those are central to the tribes’ economies.

While casinos are allowed on the tribal land in the state through federal law, currently the state constitution prevents the Legislature from authorising “any game of chance, lottery, or gift enterprises,” although it allows the state to join a multi-state lottery and authorise charitable gaming, including blackjack, pull-tabs, and bingo.

“I think the voters have shown us that they’re much more open-minded after they passed the [medical] marijuana bill,” said Carlson. “It’s a revenue booster.”

He went on to state that his idea is not “anti-American Indian,” but rather a way to establish casinos as “destination- oriented attractions” using the profits from them to reduce state sales tax and corporate income tax.

Fellow Republican Lonnie Laffen was the original author of the proposal, however the state senator clarified that he held off introducing it this year because of tensions between the state and the tribes and instead “Carlson took it over.”

Representative Marvin Nelson, a Democrat whose district includes the Sky Dancer Casino based on the Turtle Mountain Band of Chippewa Indian Reservation, argues that the proposal would lead to competition with tribal casinos.

“We could have put gambling into the cities years ago through cooperation with the tribes, but that was a choice that was made not to do that,” Nelson said. “So now to come and short-stop them seems mean-spirited.”

While states may look to gaming as a way of boosting revenue, especially given that North Dakota is dealing with its own budget woes this session, according to a December article for the National Conference of State Legislatures gambling revenues only make up between 2 and 2.5 percent of the majority of state budgets.

“The state of North Dakota has a limited market, as far as gamblers,” said Patrick Packineau, general manager of the Four Bears Casino on the Fort Berthold Reservation. “Additional casinos would only cannibalise the market even further.”

According to the proposal, any site selected would be on state-owned land and would be chosen for its “scenic, historic, recreational, and tourism advantages” along with “the potential to contribute to the rural economic development of the state.”

Under the resolution, a casino could not be located within five miles of a city with a population of more than 5,000 or within 20 miles of a Native American reservation boundary. It would also establish a Casino Gaming Commission with seven members appointed by the governor, state auditor, attorney general and legislative leadership from both parties.

The proposed constitutional amendment would not allow the Legislature to fund the casinos with state money, though it could permit the issuance of revenue bonds for financing.

The Legislature previously nixed a similar proposal in 2003 to allow gambling casinos anywhere in the state.

However Carlson suggests that North Dakota residents’ participation in the lottery and increased betting at charitable gambling sites provide signs that people would welcome more casinos. “People have shown they want to gamble,” he said.