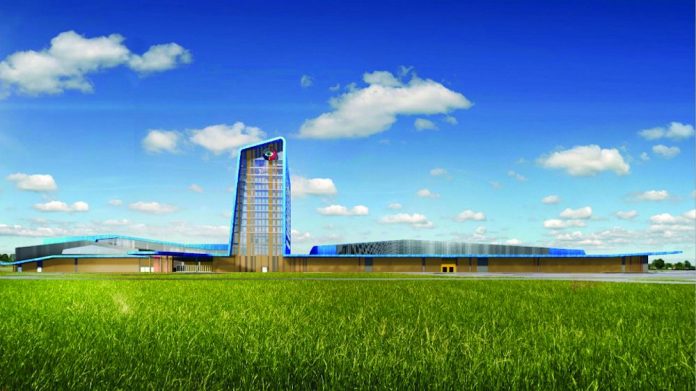 The Quapaw Nation Tribe has broken ground on its $350m Saracen Casino Resort in Pine Bluff, Arkansas, with the 570,000 sq ft venue scheduled for completion in June 2020.

Located in Jefferson County, one of four regions recently approved by state legislators to host a casino, the 300-room property is to be operated by the tribe’s Downstream Development Authority.

“Building Saracen Casino is a homecoming for the Quapaw people,” said DDA and Saracen Casino Development chairman John L. Berrey, at the ceremony on 5 August.

“That’s where we lived, it is where the great Chief Saracen is buried, so this is very special for us.”

The tribe also operates the Downstream Casino in Joplin, Oklahoma, and was the only entity to submit a bid for a Jefferson County venture.

The property will also include a conference center, entertainment venue, spa and restaurants, and create over 1,000 permanent jobs in the area.

Arkansas’ Lieutenant Governor Tim Griffin hailed the development as a “game changer” for Pine Bluff during the groundbreaking ceremony, at which Attorney General Leslie Rutledge and officials of the Quapaw tribe were also present.

The construction follows this year’s legalisation of casinos in the state, following a favourable response to Issue Four from Arkansas residents during the November 2018 ballot.

Though the November ballot singled out Pope County as home for the fourth licence, local residents actively voted against housing a casino in the region.