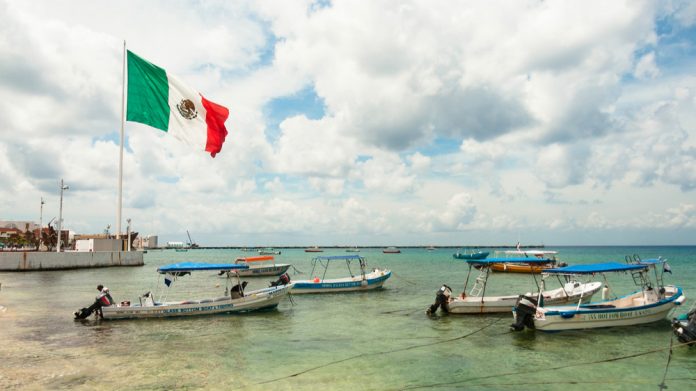 The popular tourist state of Quintana Roo in Mexico has introduced new taxes on gaming for 2017.

[dropcap]I[/dropcap]n the Mexican state of Quintana Roo – home to the popular tourist destinations of Cancun and Playa del Carmen – the regional congress has agreed to introduce a new 10 percent tax on sweepstakes and gaming.

At present the casino sector is facing new taxes in both in Quintana Roo and also in Nuevo Leon and Sinaloa, as the states’ governors try to find a way to fill empty public coffers.

Commentators have suggested that the new tax reflects that the casino industry could be seen as the goose that laid the golden egg by cash-strapped state politicians.

“In these states with financial problems, the administrations, in their legitimate right to increase local revenue, seek to levy more taxes on the casino industry, which already makes about Mex$5bn ($239m) a year, defending this step by arguing that the sector promotes anti-social behaviours such as gambling addiction,” said Darío Celis, writing in Dinero en Imagen.

However critics of the scheme have suggested that the move to increase taxation on the gaming industry could inadvertently damage local economies.

“Between Quintana Roo, Nuevo Leon and Sinaloa, the gaming industry directly employs over 10 thousand people and indirectly, almost 28 thousand, positions that would be in jeopardy since by proceeding arbitrarily with new taxes, the governments in these states would force operators to rethink their ongoing investments,” added Celis.

The impetus for the new tax – which will be paid by the players, rather than levied on casino operators – comes after several groups, including the Caribbean Business Coordinating Council (CCE del Caribe) voiced their opposition to casinos located in tourist areas such as Cancun, Isla Mujeres, Cozumel, Tulum, and Akumal.

The CCE’s campaign against the local casino industry comes in the context of their lobbying the state government for an increase in funding for the tourist area, along with requests for infrastructure investment and urban development. This follows a national trend, with a number of hotel and tourist associations joining forces to criticise proposals for legislation which would permit the development of casino resorts in Mexico. The National Chamber of Tourist Commerce (Concanaco Servytur) as well as some hotel associations have questioned if Mexico was ready for such a step, citing concerns over money laundering, since presently Mexico’s anti-money-laundering legislation does not cover the country’s burgeoning casino industry.