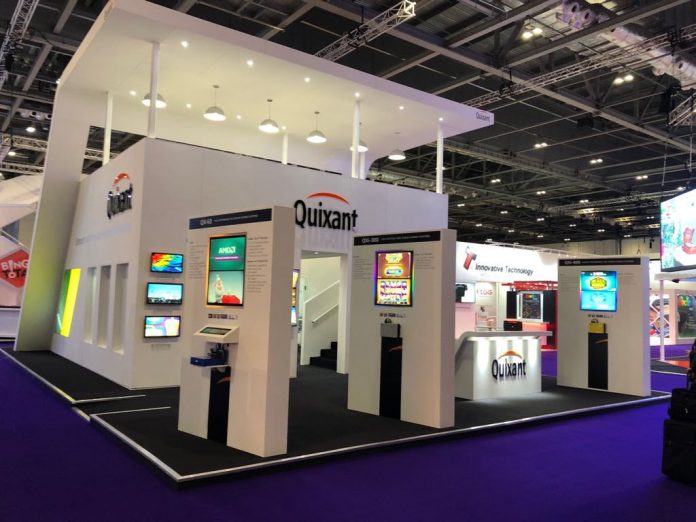 ICE Totally Gaming has traditionally been the centrepiece of Quixant’s global exhibition schedule, and this year’s event – which took place on 6-8 February at London’s ExCeL – proved to be no exception.

“This year represented our thirteenth appearance at ICE, and was our strongest yet”, comments John Malin, sales director for Quixant UK.

“We see the event as a fundamental pillar of our yearly calendar. It is therefore very pleasing to see our considerable effort put into technology development receive a very positive reception, acting as a driver to move business even further forward through 2018.”

The new QX-60, a high-powered Windows 7 and Linux compatible gaming platform which supports multiple 4K screens and a raft of innovative new on-board hardware, software and security features, made its European debut to substantial acclaim.

The QxTrio™ 3-in-1 monitor, providing cost-effectiveness and high reliability levels relative to the curved screens it simulates, and 13.3” interactive PlayDeck were among impressive recent additions to a cutting-edge display portfolio.

The company’s Gaming Ecosystem® – Quixant’s extensive blend of unique hardware and software-based features which serve as a major differentiator – was also well represented.