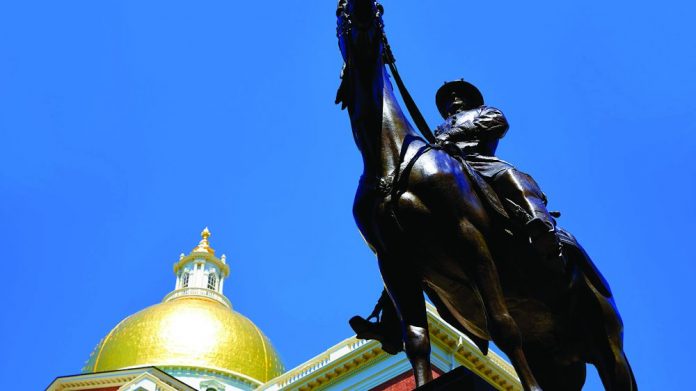 Developer Tom O’Connell has proposed building a $300m racino in Wareham, but to get off the ground the project would require a change in Massachusetts state law.

Alocal developer is calling on Bay State legislators to revisit Massachusetts’ gaming law in order to build a $300m horse racing and gaming facility in Wareham. The Wareham Park proposal is smaller than what is currently allowed under state law and the project would need to clear multiple hurdles.

Not only would the state legislature need to change the law to allow the type of casino being proposed for Wareham, the project faces a further obstacle in the shape of the Mashpee Wampanoag tribe’s plan to build a $1bn casino resort in Taunton, just over 20mi away.

Tom O’Connell, the developer behind Wareham Park, says his company has commissioned market research which shows that the southeast Massachusetts market would be better suited to a Cat II gaming facility.

“The market has changed since the casino law was written,” O’Connell stated, adding that, in his view, a resort-style casino would not get off the ground in the region due to market saturation.

“The only thing that would be accomplished with that is there would be a destabilisation and cannibalisation of the existing license holders, and that makes no sense.”

The $300m proposal includes a permanent one-mile track for thoroughbred racing, a gaming and entertainment facility, a 171-room hotel, a new ballpark for the local Cape Cod League team, and a sports field complex.

To build the racino, the developer and Notos Group – the company O’Connell created to advance the Wareham Park project – would need to convince lawmakers to take a fresh look at the state’s 2011 Expanded Gaming Act.

This legislation established three regions for resort casinos, with a carve-out for a slots-only location that was awarded to Plainridge Park.

The Massachusetts Gaming Commission (MGC) never awarded a licence for a resort casino in southeastern Massachusetts’ region C, in part because of the possibility the Mashpee Wampanoag tribe would be granted federal permission to build its longstalled casino resort in Taunton.

Complicating the situation further, the state negotiated a compact with the tribe, which would see it pay the Commonwealth 17 percent of its gaming revenue in return for exclusive rights to a category 1 casino in the region.

O’Connell has retained two lobbying firms, Preti Strategies and Considine and Furey, to pursue the project. At the start of September it was reported that state representative Susan Williams Gifford had filed a bill which would grant the MGC the authority to offer a slots-only licence for the region.

“Wareham town officials have expressed an interest in this proposal. One of the many components to this proposal involves legislative action,” Gifford stated.

“In order to help facilitate meaningful dialogue and allow the opportunity for this project and any others in Region C to be further explored, legislation was required, regardless of my personal opinions.

That is why I filed HD4467, An Act relative to the authority of the Massachusetts Gaming Commission.”

If the bill is passed and the Commission decides to offer a slots-only licence, there would be a bidding process, allowing multiple applicants to compete for the concession.

Beyond this, before the project could go ahead it would still need to pass multiple steps for approval at town level.

Town officials and the developer would need to negotiate a Host Community Agreement, which allows the town to set conditions and charge a community impact fee.

Once this agreement is signed, the town would then hold a referendum, giving local voters the chance to approve or deny the licence.

Alongside this, because the land required for the project would need to be rezoned, two-thirds of voters would need to approve the zoning change.