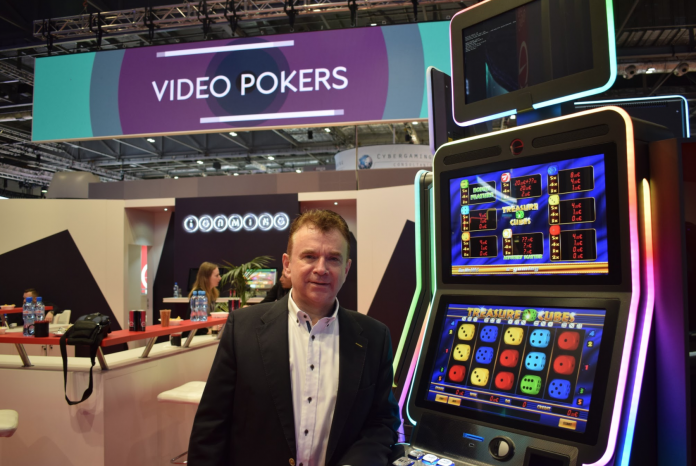 e-gaming, a Czech-based specialist in server-based gaming (SBG) and online casino content, notched up another successful ICE, signing a number of new deals to supply its SBG terminals and game content, and debuting the company’s first AWP product for the Spanish market.

Following a successful trial in Andalusia, the company reports that final certification for the new product is expected in the coming weeks.

The company has already installed over 4,000 of its SBG terminals in Spain, which continues to be

Alongside this, the company reported significant interest from Latin American visitors at ICE, meeting with customers from Mexico, Panama and Colombia, where e-gaming has made significant installations of its SBG terminals.

Building on this growth, E-gaming is expecting certification of its SBG system in the coming weeks in two new jurisdictions in Asia, and the company has recently signed a deal with a strategic partner in the region.

e-gaming also saw significant interest from Belgian operators at ICE, and presented several new game packs for the Belgian market at the show.

The company is already present in Class 2 venues in the country and e-gaming´s game content will soon be released on three Belgian online casino websites, expanding the firm’s presence in the market even further.

Following strong results in 2017, e-gaming states that it has experienced such significant demand for its solutions that it is looking to to increase its manufacturing capacity, expanding beyond its existing facilities in Czech Republic and Mexico.