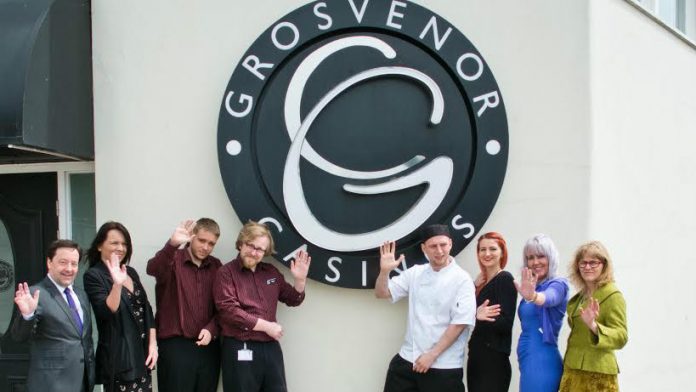 An employment  initiative to train unemployed people, some from disadvantaged backgrounds, for work in a new Grosvenor casino in Essex, UK, has enhanced recruitment for Rank Group.

[dropcap]A[/dropcap] programme to train unemployed candidates for vacancies at Grosvenors in Southend-on-Sea has been delivered by national talent development company, Beyond 2030, led by former director of talent and academy at Wm Morrison Supermarkets plc, Toni Eastwood.

Grosvenor Casino originally needed 100 employees for the opening of its new casino in Southend in September 2014, including experienced and trainee dealers, food and drink supervisors and workers; kitchen staff, porters, cashiers, electronic gaming hosts and receptionists but faced the challenges of recruiting and retaining staff in a seaside town.

Beyond 2030 worked alongside managers at the £6m ($8m) Grosvenor Casino at The Park Palace Inn Hotel to understand the skills and training required and what potential recruits should expect in terms of shift times, pay, promotion prospects and company culture from working at the new casino.

After initial research, Beyond 2030 ran an intensive selection and training programme, tailored to the precise needs of Grosvenor casino managers to identify and train local jobless candidates, some of whom were from disadvantaged backgrounds or had never even written a job application or CV.

Candidates are far more aware of the employment requirements of Rank, Grosvenor and a casino.

Toni Eastwood, who was awarded an OBE in 2007 in recognition of her work towards equal opportunities, said: “We presented 60 trained candidates for interview in September 2014 and 47 were offered jobs, a very high proportion which dramatically streamlined Rank’s recruitment. We were asked to repeat the programme this April this year (2016) and a further nine from 14 candidates were accepted even though only five jobs were available. Staff retention has also improved.”

Rank Group director of talent acquisition, Nick Boothroyd, added: “The quality of candidates for final interview has been far higher with Beyond 2030’s involvement. Candidates are far more aware of the employment requirements of Rank, Grosvenor and a casino. They are also better aligned with our values and know what to expect from the work experience or recruitment process.”