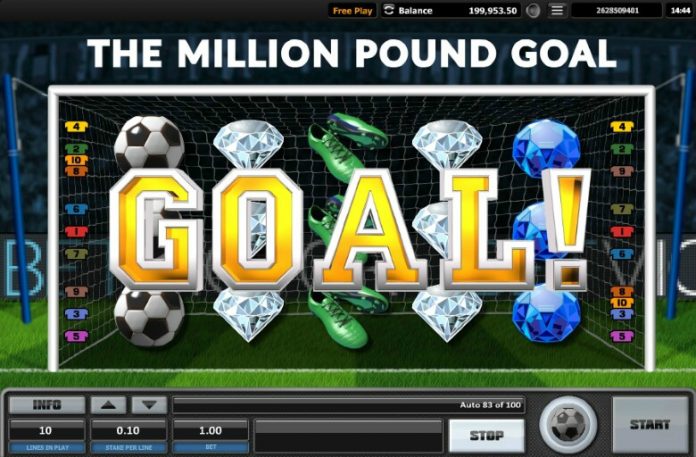 The release of new slot Goal! is set to coincide with the start of this year’s football season

[dropcap]S[/dropcap]lots and table games supplier Realistic Games is hoping players will get a kick out of their latest title, Goal!The game has been developed in both Flash and HTML5 in order to provide the best user experience over the widest variety of devices and has a maximum prize of 5,000 times the stake per line.

“The start of the new domestic seasons in Europe felt like a great opportunity for us to launch Goal! and I’m sure both slots and football fans will enjoy playing it,” said Andy Harris, Realistic’s CEO.

As the name suggests, the five reel, ten-win line game has a football theme and features whistles, balls, boots, and trophies.

“We have found football themes have had universal, cross-territory appeal in recent times, provided they have good maths models behind them, and we’re excited that this one will be a winner too,” added Harris.

A bonus round is awarded when each reel contains three of the same symbol from top to bottom. Pressing the flashing football during the bonus will randomly select a reel.

All other reels that don’t already contain the selected symbol will then re-spin and will land between one and three of that symbol, giving the player the chance to score a full house.