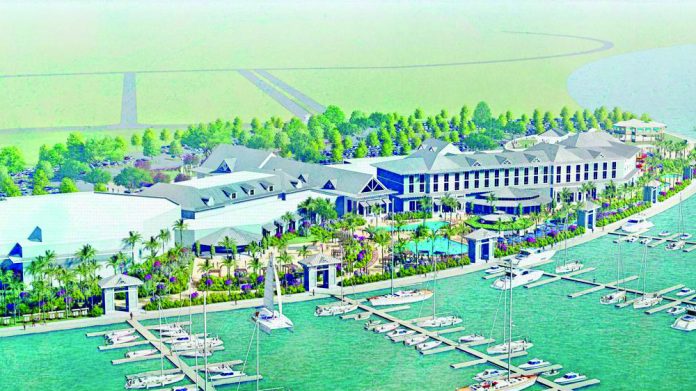 P2E plans to relocate its riverboat casino from Bossier to Slidell but voter approval will still be needed in a December referendum.

Louisiana’s gaming regulator has given the green light for transferring a casino license from Bossier City to Slidell.

The decision is a key step in a process that could eventually lead to the official closure of Diamond Jacks casino in Bossier City. If successful in its bid, Peninsula Pacific Entertainment (P2E) plans to move the casino to Slidell, where it will relaunch as Camellia Bay. Construction could begin as early as 2022 and be completed in about a year “We’ve been looking forward to this moment for literally years,” said P2E founder and president Brent Stevens.

On 8 September, the state’s Gaming Control Board approved a resolution to allow the company to move its licence, provided a majority of the parish’s participating voters agree.

The State Bond Commission decided on 16 September to hold a referendum that will put the question before voters in St. Tammany Parish. While the referendum would previously have taken place in mid-November, it will now be held on 11 December after Louisiana governor John Bel Edwards postponed the elections to allow the state time to recovery form the impact of Hurricane Ida.

If the referendum passes, Stevens said the firm would sell the current casino’s buildings and property in downtown Bossier City. If the company is unable to find a buyer it will convey the property to Bossier City for use as a city park.

The Gaming Control Board resolution states that if St. Tammany voters refuse to allow a casino, as Tangipahoa voters previously did in 2017, Peninsula Pacific will have 60 days to reopen its Bossier Parish casino. The company purchased DiamondJacks in June 2016 and closed it in May 2020.

The proposed new $329m casino and fourstar hotel has generated controversy and spurred several lawsuits. The St. Tammany Parish Council was divided on putting the matter on the ballot, with all but one council member from eastern St. Tammany voting against it and all but one on the parish’s western side voting in favour. Proponents of the project contend the casino would create a thousand jobs with an average annual salary of $45,000 and would contribute an estimated $33.3m per year in gaming taxes to state coffers. Local governments could receive around $9m from the gambling taxes.

Donna Jackson, an auditor with Louisiana State Police’s Gaming Enforcement Division, stated the company’s financial plan for the new resort appeared to be in order but cautioned that the projected revenue figures are not guaranteed.

Jason and Chandler Goltz have filed a legal challenge against the project with Baton Rouge’s 19th Judicial District Court. Scott Jones, a lawyer representing the Slidell couple, argued it was unconstitutional for the Gaming Board to grant a licence before a majority of St. Tammany voters decide to legalise gambling.

However, assistant attorney general Jeremy Gathe, responded that the Gaming Board has no authority to decide “on the constitutionality of a legislative act.” He added that such an action is “strictly a function of the judicial branch of government”.