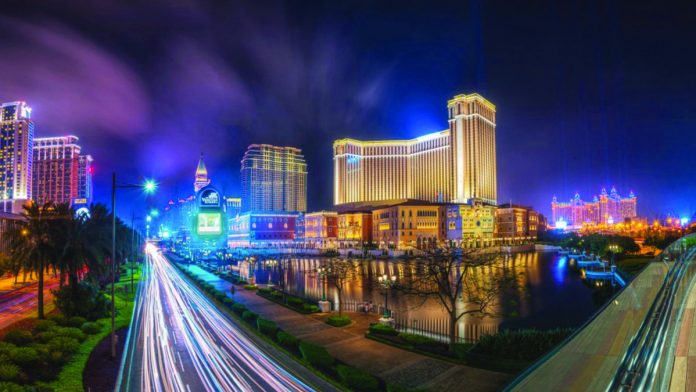 The headcount for pre-show registration is way up ahead of the re-branded MGS Entertainment Show.

[dropcap]T[/dropcap]he MGS Entertainment Show, the Asian gaming industry’s number one trading exhibition, has seen an early increase in registration figures ahead of its fourth edition at the Venetian Macao, from November 15-17.

With online registration opening only last month, visitor numbers are running ahead of forecast, with the increase coinciding with the announcement of the show’s Qualified Buyers Programme which offers extensive subsidies for visitors’ travel and accommodation costs.

Online registration for MGS opened to its strongest start since the inception of the show in 2013, with the organisers particularly encouraged by the response from international C-Level gaming professionals, believed to be reacting positively to the exhibition’s growing relationship with the Macau SAR Government and the show’s emphasis on “creativity and innovation.”

Elf Hui, MGS’s recently appointed exhibition manager, stated: “The global industry recognises that MGS has a firm foothold in the Asia-Pacific marketplace. They have clearly got the message that the show’s strength is drawn from the two most important ‘players’ in the region: the top 150 gaming companies who are members of the trade association MGEMA – and the Macau Government.”

The Qualified Buyers initiative which we launched a few weeks ago is a perfect example of this vital partnership. Official visitors to the show have access to subsidy payments of up to $875 (E790) towards their travel and accommodation costs at this year’s show

She continued: “The Qualified Buyers initiative which we launched a few weeks ago is a perfect example of this vital partnership. Official visitors to the show have access to subsidy payments of up to $875 (E790) towards their travel and accommodation costs at this year’s show – and it’s a program we are committed to delivering as part of our three-year vision. The marketplace is understandably intense, and MGS is clear on its own positioning: we are a show delivered by the industry, for the industry, and with the vital sponsorship and backing of all the key government departments at the Macau SAR. This is a prospectus that companies and business people around the gaming and entertainment industry are buying into – they understand the importance of this partnership and this is why the numbers are showing an upward trend.”

Over the past three years, MGS has enjoyed significant growth, building on its core USP base – the Chinese buying sector and the emerging markets in the Asia Pacific region, whilst successfully expanding its reach to all parts of the world. This peaked in November last year, when a record high of over 13,000 visitors from 22 countries made the journey to the Asian gaming industry’s largest independent exhibition.

Working ever more closely with the Macau SAR government and the PRC offices in mainland China, MGS has this year pledged its support to the government’s ambitious ‘One Belt One Road’ project, aimed at driving trade around the continent through economic diversity and a particular brand of tourism and culture initiatives. Through this trading commitment, MGS has opened its floor to new business zones that support and drive the economic model of the gaming and entertainment industry.