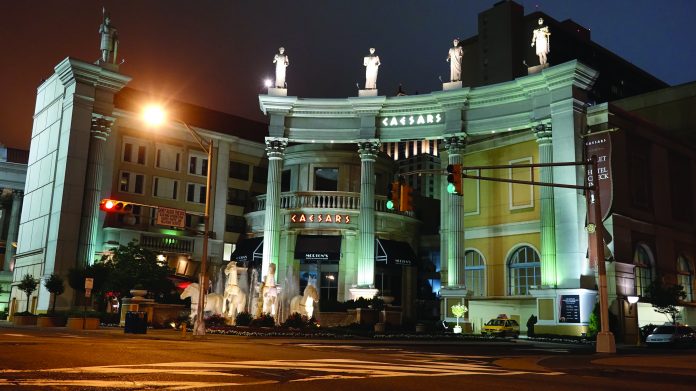 Caesars Entertainment has announced that its largest operating unit has wrapped up a two-year restructuring process which will see the a slimmer, revitalised Caesars emerge from bankruptcy valued at around $20bn.

Caesars Entertainment Corporation has concluded the $18bn bankruptcy of its casino operating unit, allowing the company to focus on expanding its Harrah‘s, Caesars and Horseshoe brands following nearly three years of Chapter 11 proceedings.

The company filed for Chapter 11 back in January 2015. With all necessary approvals from state gaming regulators, key to keeping its gaming licences active, Caesars Entertainment will emerge from bankruptcy by consolidating with one of its former subsidiaries, Caesars Acquisition Company, reversing the process that saw the two companies split in two in 2013.

“The biggest challenge is going to be getting the new structure under control,” said Gaming Union analyst John DeCree.

When the Illinois bankruptcy court approved the Caesars Entertainment Operating Co (CEOC) restructuring plan in January, it did so with the proviso that gaming regulators in each state in which the company did business would also sign off on the plan.

Now, having been given the go ahead by gaming regulators in Nevada, New Jersey, Pennsylvania, Illinois, Maryland, Mississippi, Louisiana, Iowa and Missouri, Caesars will be able to write off $10bn in debt from its books.

The combined group will have divested its ownership of many key real estate assets that have been controlled by CEOC during bankruptcy proceedings.

The land on which these casinos sit is being put into a newly formed real estate investment trust (REIT). Caesars will then lease floor space from the REIT, and manage each resort’s casino and hotel operations.

“With reduced leverage, increased free cash flow and the new REIT structure, we are positioned with a solid foundation to pursue a diversified growth strategy.”

The Caesars bankruptcy set the stage for one of the most bitter corporate brawls in recent memory. Caesars debtholders – led by Elliott Management, Appaloosa Management and Oaktree Capital – accused private equity firms Apollo Global Management and TPG – which purchased Harrah’s Entertainment’s in $31bn leveraged buyout in 2008 – of “unimaginably brazen looting”.

Meanwhile, Apollo and TPG contended that they had battled to keep Caesars alive so it could fight another day both firms have consistently denied charges of wrongdoing, maintaining they acted consistent with their duties.

Apollo and TPG are to retain a 16 percent collective stake, which will be controlled by creditors, but will not own any equity in the REIT that will house the property assets.

While analysts have stated they expect the new group’s leverage to be the high end compared to its competitors, they have suggested that it was better positioned to attract new business from millennials to offset an expected slowdown units traditional slot machine business as baby boomers retire.

“Throughout the restructuring process, Caesars has invested significantly to upgrade and renovate its facilities,” Frissora continued.

“We are also executing hundreds of initiatives to generate incremental revenue, as well as to enhance operational efficiency, guest experiences and employee engagement through technology-driven innovation and process improvement.”

In August, CEC announced that its Q2 2017 revenues – which do not include contributions from CEOC casinos – improved one percent to $1bn, while adjusted earnings were flat $289m, with the company reporting a $1.4bn net loss, attributable in part to the restructuring costs.