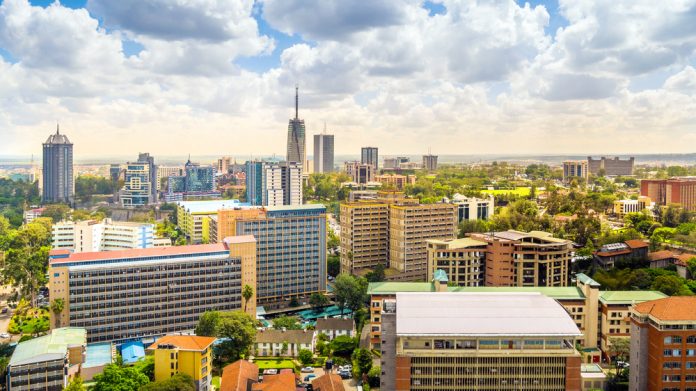 The full extent of Kenya’s restrictive gaming legislation is becoming apparent to those outside of the industry, with local authorities now lending their voice against the government’s policies.

Officials in the Kenyan casino hub of Nairobi are joining criticism of the nation’s gaming framework, something which is not only harming operators and dissuading international investment but is seemingly largely to detriment of the areas in which legitimate practices are based.

Regulation of brick and mortar operations are currently regulated on a county-by-county basis despite revenue contributions going directly to centralised government bodies, and officials in Nairobi are pushing for change.

The country’s capital city unsurprisingly has the largest percentage of gaming venues but sees no return for its considerable outlay according to Nairobi finance executive Allan Igambi.

Due to constitutional devolution the county must take sole control of the licensing and enforcing of gambling, gaming and lottery activities which in the largest metropolitan area of a nation rapidly embracing the forms is no small task.

“Basically, we just want to align the Gaming and Betting Control Act such that the County Government has a role to play because it’s a devolved function and we feel that most functions are still in the National Government,” said Igambi. “We are currently getting no revenue but through the proposal, we are looking at a 30 percent revenue share.”

The government however would seem to be unwilling to budge on issue after resoundingly deciding to do so on numerous other gaming legislative decisions. Notably the powers at be decided to uphold its recent 30 percent revenue tax despite endless warning from operators about the negative impact it would have not only on the industry but the Kenyan economy as a whole.

Further working against the cause of Nairobi officials is the current attention being paid to the proliferation of illegal gaming operations. There are some 23 registered casino premises within the capital, centered in just five of the county’s 85 wards, but many more illegal operations are believed, or even known, to be present yet unaccounted for.

Geoffrey Mwithimbo, who is acting director of betting and gaming control, revealed this latest figure to the national assembly’s Sectoral Committee on Trade, Tourism and Co-operatives as proof that the county needs to do more in terms of regulation.

However, the government’s annual budget statement made little reference of increasing regulation and instead once more focused on increasing the burdens on legal operations, mainly through an additional 20 percent penalty and 2 percent interest on any tax payment delays.

This apparently will enhance the compliance of legal operations but as with the blanket 30 percent revenue tax appears just another attempt from the Kenyan government to milk the nation’s gambling sector dry.

“Currently, there is no penalty or interest on payment of taxes in the betting, lotteries and gaming sector which has led to non-compliance.” said Mwithimno in his budget statement “In order to ensure compliance and prompt payment of taxes, I propose to introduce a 20 percent penalty and two percent interest on late payment of tax in the Betting, Lotteries and Gaming Act. This will enhance the collection of these taxes that are meant to support sports, arts, cultural and social development activities in our country.”

The gambling industry is a lucrative, with casinos making $24m (Sh2.3bn) in annual gross revenues last year and has long been earmarked by governmental bodies as a vessel by which to make up for budgetary shortfalls.

Rotich further commented that it was the intention of the government to increase the range of criteria that must be met before the issuance of a new casino licence under the guise of anti-money laundering rhetoric, a move that would add yet a further hurdle for those looking to enter the burgeoning market. “Currently there are limited criteria for assessment of applicants to acquire casino operations license,” he said. “In this regard, I propose to introduce a legal framework that will enable the Betting, Control and Licensing Board to take into account a wider criterion while undertaking the fit and proper test.”

International investors looking to Kenya as a fertile marketplace will now be faced not only with a disgracefully high tax rate but a government at odds with the officials that actually enforce regulatory practices. Such prescriptive measures may be made in good faith but appear to have little to no regard for the positive impact of the nation’s legitimate gaming operations. It is not the worst of times per se but it is a far cry from the best.