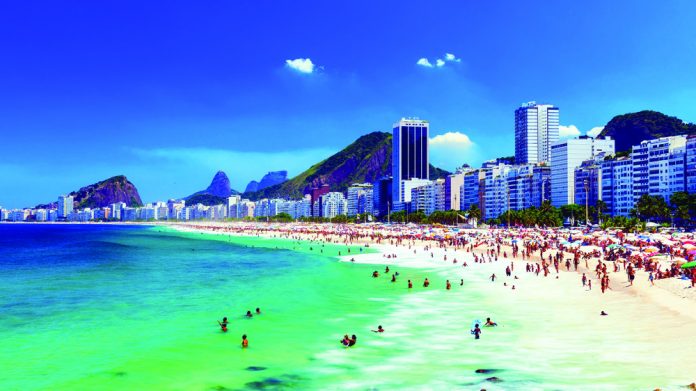 While the mayor and governor of Rio de Janeiro continue to push for an integrated resort, pro-gaming senator Ciro Nogueira has met with Economy Minister Paulo Guedes to highlight the economic benefits that the legislation of gambling would bring.

Rio de Janeiro’s two highest ranking politicians are continuing their lobbying efforts to secure an integrated resort in the state.

Both state governor Wilson Witzel and city mayor Marcelo Crivella attended the World Chambers Congress – an event which brings together business leaders and authorities from various countries – this June, and repeated calls for an IR in Brazil’s third-most populous state.

“We are fighting now so that the Brazilian [National] Congress will allow us to have casinos here, something that the modern world already enjoys and that we [also] want to have [here] in Rio,” said Crivella.

“We need people to invest, important people, to work together with us,” he added, speaking in English.

Wiztel affirmed that he is personally overseeing regional lobbying efforts to legalise casinos, as part of plans to boost the state’s tourist economy. “We will approve the casinos in Rio de Janeiro later this year, and each state will regulate in its own way,” he explained.

In an op-ed in published in newspaper O Globo earlier this year, Crivella contended that the approval of casino legislation in the National Congress would open the door for “the construction of a tourist complex” in Rio’s Porto Maravilha area.

He added that if the government was to grant permission for a single IR in Rio de Janeiro, the property would act as a “test-lab” to develop regulation prior to the introduction of further licences.

Meanwhile, senator Ciro Nogueira, author of the upper house’s gaming bill, PLS 186/2014, met with Economy Minister Paulo Guedes on 12 June to request the government’s support for his proposal to legalise gambling. Nogueira explained that the regulation of all gambling modalities had the potential to generate more than BRL20bn ($5.2bn) in tax revenue per year.

“With the regulation of the activity, we could generate more than BRL20bn a year in tax revenue, in addition to more than 600 thousand direct jobs and many other indirect ones, which would be of great help during the time of crisis which our country is currently undergoing,” Nogueira stated following the meeting.

“We presented the minister with key information on the benefits in [tax] collection that the legalisation and regulation of gaming will bring to the country, and the potential applications for these resources. Only with the support of the government it will be possible to make these regulations viable,” he added.

President Jair Bolsonaro has declared himself a staunch opponent of the gambling industry, nevertheless he appears to be sitting on the fence when it comes to the possibility of bringing back casinos to Latin America’s largest country.

While the president continues to espouse anti-gambling views, he recently clarified that the decision whether or not to legalise gambling ultimately corresponds to the country’s legislature.

Getting the University of Chicago-trained Guedes on side would be a major coup for proponents of gambling legalisation.

“Guedes could cause [the president] to change his mind, especially if it is demonstrated that it is in the best interest of the country,” said Edgar Lenzi, a lawyer and director of BetConsult.

“Guedes is a very important member of the government, and if he – in accordance to his liberal beliefs – believes that the legalisation of gambling can be positive to the Brazilian finances, he might push the agenda forward along with Bolsonaro, who has shown a lot of respect towards [his] economic positions,” wrote BetConsult’s Marcelo Munhoz da Rocha, in a comment last year.

Over in Brazil’s lower house, the Chamber of Deputies’ Tourism Commission (CTUR) has signed-off on a proposal by deputy José Airton Félix Cirilo for a technical visit to Las Vegas to study best practice in gaming regulation.

“Due to the legality of casinos in Las Vegas, a significant part of the city’s economy is made up of tourism and gaming technology companies. The city is recognised as one of the major economic hubs in the United States,” said the text of Application 51/2019.

“Knowledge of impact of legalised gaming on the Las Vegas economy will help members of the Tourism Commission look more closely at ways of generating employment, promoting tourism and strengthening the tourist economy if gambling is regulated in Brazil.”