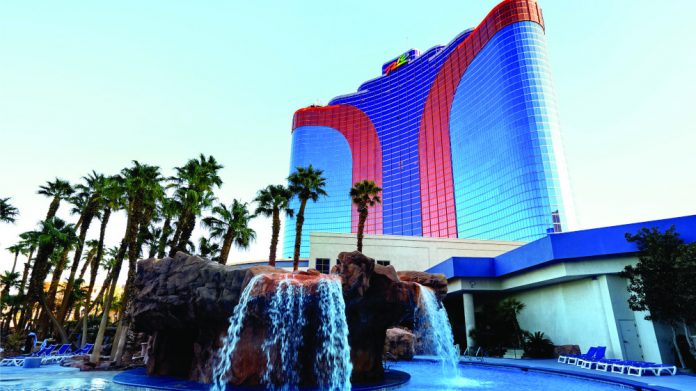 Dreamscape executives have said they plan to draw on the property’s heyday for their new renovation plans, with the company bringing back the Rio’s original owner, Tony Marnell, as architect of record.

The Rio’s new owners are going back to basics as they seek to restore the 31-year-old off- Strip property to its former glory.

“When we first bought it, I think everybody said, ‘You’re going to rebrand it, change it completely,’” said Dreamscape founder and CEO Eric Birnbaum. “And we said, ‘No, actually, we’re going to do the complete opposite. We’re going to lean into it and embrace what it is.’

“I hope the local, true Las Vegas resident who knows the Rio and has history with the Rio will be proud because I think we’re doing it the right way,” he affirmed.

Dreamscape purchased the Brazilian-themed resort from Caesars Entertainment for $516m in 2019. Under terms of the sale agreement, Caesars will operate Rio and pay rent to Dreamscape until December 2023 at the latest.

For the renovation the company plans to re-envision the existing concept, said Birnbaum. “We can’t go wrong” by staying true to a jungle motif, he stated. Nevertheless, Dreamscape aims to create a more authentic atmosphere, drawing on the imagery of Rio de Janeiro and the Brazilian Amazon rainforest.

While the new owners have yet to reveal further details regarding the renovation plans, they are hoping to begin work in 2022. They will prioritise updates to the property’s rooms in an effort to draw trade shows and conventions to utilise Rio’s 220,000 sq ft of convention space, Birnbaum said.

Texas-based Aimbridge Hospitality will manage hotel operations at Rio as the property rebrands under the Hyatt Hotels umbrella. Dreamscape signed a franchise agreement with Hyatt earlier this year which will bring “multiple Hyatt full-service offerings to Las Vegas”. Guests will be able to earn and spend World of Hyatt loyalty rewards points for staying at the property.

Public spaces including Rio’s gaming, retail, food and beverage, spa and fitness and pool offerings will be redeveloped, and one of the Rio’s hotel towers will be transformed into a 1,501-room Hyatt Regency Hotel. The remaining guest rooms will be branded or affiliated with one or more of Hyatt’s other brands after renovations.

The resort’s sportsbook will be refurbished but will remain in the same location. Dreamscape has said it is a third party will run the sportsbook, but this has still to be finalised, Birnbaum added.

“We think the bones of this place are as good or if not better than anything else in Vegas,” Birnbaum said. “Marnell knew what he was doing when he built this. It’s just that it went into other people’s hands. It needs to be updated and brought into this century.”

Dreamscape has brought Marnell back onboard as the architect of record for Rio’s renovations and the architecture division at Marnell Companies will assist Dreamscape’s development team with the project. “They’ve got some really good ideas, and our goal is to implement their dream,” Marnell said. “I got to implement my dream when I was there as the owner. Now it’s their turn.”