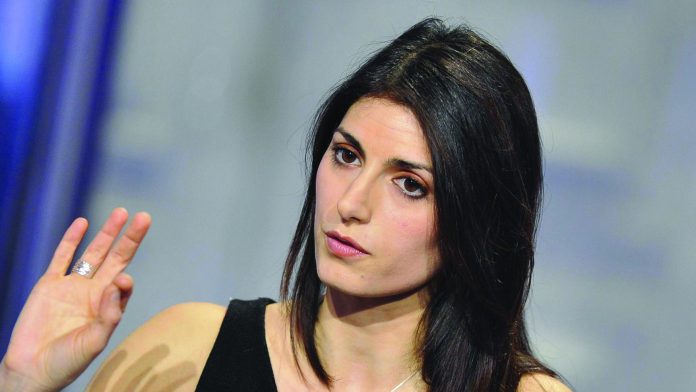 Coinciding with a wave of strict new regulations for slot machines across Italy, Rome’s mayor Virginia Raggi has stated she intends to “declare war on gambling.” However, trade association SAPAR argues that the measure will damage the sector and create unemployment.

The Italian capital hosts 294 gaming parlours and more than 50,000 slots, representing more than 12 percent of country’s fleet of machines.

In an article published on her party’s blog, Raggi, who represents the anti-establishment Five Star Movement (M5S), proclaimed: “Rome declares war on gambling, enough already with the Las Vegas effect and enough with the slot machine jungle which has taken root in the city.”

However, Italy’s co-op trade association, SAPAR has taken a strong stance against the proposals, which it characterises as ineffective and harmful.

“The resolution on the regulation on slot machine halls in Rome in order to reduce gambling, filed by Mayor Virginia Raggi, is a useless measure because it forces gaming to the margins, creating ghettoisation whereby pathological gamblers are increasingly hidden and increasingly isolated,” said Raffaele Curcio, president of SAPAR.

“Additionally, [the resolution] will definitively seal the disappearance of the [city’s] operators and hundreds of thousands of people will lose their jobs,” he added. “Prohibition is not the solution – what is needed is training and education in responsible gaming.”

What is most important for us is the health of people living in Rome and this regulation is formulated to the full benefit of the capital and its citizens.

Stating that she wants to “put Rome in order,” Raggi’s new regulations place limits on where slot machines can be situated and they will now need to be at least 500 meters from “sensitive locations” including schools, sports centres, churches, barracks and ATMs.

The regulation also restricts hours of operation, the use of slots will only be allowed between 10am-2pm and 6pm-10pm, except on holidays and gaming parlours will be prohibited in the capital’s historic centre, pedestrian areas and “any other space in which the circulation of vehicles is obstructed.”

“This resolution is the same as all the other laws enacted by other Italian regions and this will penalise only the public and slot machine operators, while such laws will not touch the interests of the dealers of the electronic network of gaming machines,” said Giacomo Perrone, president of Delegation Sapar Lazio.

New sanction will also be introduced and in case of repeated violations, operators will have their licences suspended or revoked.

“[Gambling] is a phenomenon which is deeply rooted in the socio-economic fabric of our country and even more so in our city,” Raggi stated.

“What is most important for us is the health of people living in Rome and this regulation is formulated to the full benefit of the capital and its citizens.”

The move follows on the heels of an announcement by Italy’s outgoing PM Matteo Renzi in early September, which will see the government place further restrictions on slot machines in the country, including banning them from restaurants, hotels, beach resorts and shops, with a significant reduction in the number of machines permitted in bars and newsagents.