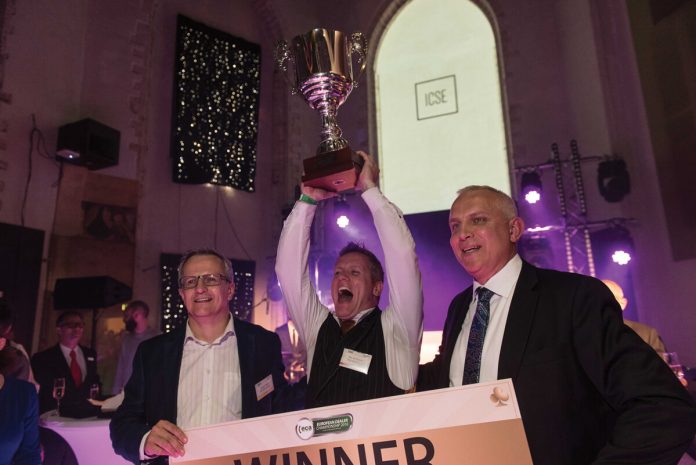 The Netherlands has marked a homecoming victory, as the country’s Ray de Rozario is named European Dealer of the Year.

Amid a lively international crowd at Holland Casino Breda in the Netherlands on May 12, Ray de Rozario went straight into the finals of the 10th European Dealer Championship, before scooping the European Dealer of the Year trophy and a cash prize of E3,000.

More than 30 participants from 19 European countries participated in three championship rounds observed by a total of 29 judges. Dealers were not only rated by their technical skills and control of the game, but also by their hospitality, service and the atmosphere they were able to create during the games.

Organised by the European Casino Association (ECA), the European Dealer Championship was created to highlight the importance of dealer training and promote best practices in the casino industry. At the same time, the championship provides Europe’s best dealers with the opportunity to showcase their talent.

“ECA and its members understand and recognize that training is crucial in order to learn all the necessary skills to become a good and qualified dealer,” the association said. “To this end, ECA promotes training and supports its members by always trying to improve professionalism in casinos across Europe.”

Following the award ceremony, Per Jaldung, chairman of ECA, said: “This event owes its seamless operation and increasing significance in the casino community to the excellent work of the organising team, which this year consists of Sandra Sturgess Person from Casino Cosmopol and Jaana Ruokamo from Casino Helsinki.”

“I can proudly declare that the ECA brings the European casino industry together, and through events such as the EDC even more so in real life,” Jaldung said. “We are all looking forward to next year’s event at the Hippodrome Casino in London.”