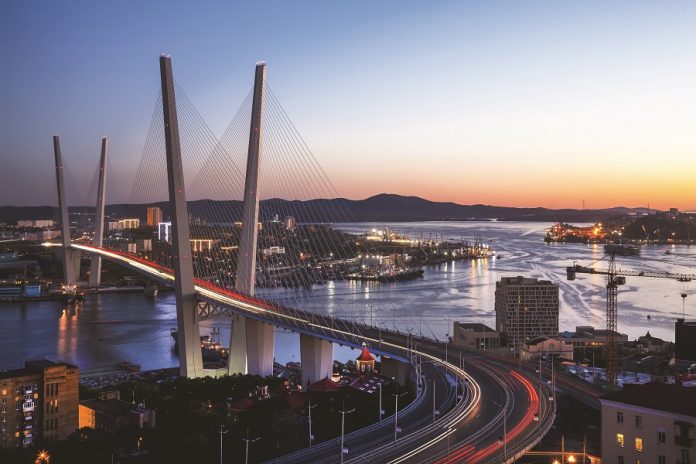 As NagaCorp announced a new name for its Far Eastern integrated resort project, the Russian government has moved to take over control of the Primorye gaming zone from the regional authorities, amid concerns that development is falling behind schedule.

NagaCorp has moved to rebrand its Primorye venture; the Cambodian operator said its project – previously known as Mayak (Lighthouse or Beacon) – will now be named Naga Vladivostok, reflecting its proximity to the port city.

“We will look for new investors, and maybe even adjust the concept of the development of the entire resort,” he explained. “According to the current plan, two companies are conducting construction works in Primorye: Diamond Fortune Holdings is working on its first facility Selena, while NagaCorp intends to complete the construction of its facility by the end of 2018.”

However the administration of the Primorye zone is itself going through a period of upheaval. Yuri Trutnev, Russia’s deputy PM and the presidential envoy to the Far Eastern Federal District, recently stated that the local government will no longer have control over the zone, which would instead be taken under “federal patronage”.

Several Russian media outlets have reported that the Russian central authorities had in effect taken over the oversight of the Primorye Integrated Entertainment Zone from the Primorsky Krai regional government, amid concerns that the development of the zone was falling behind schedule.

“The gaming zone in Primorye is developing slowly, and we recently held a meeting during which we decided to file lawsuits against four out of two investors [in the zone] requesting that their agreements be terminated because they have not done anything there,” Trutnev stated, speaking to Russian news agency TASS.

“We have land lots for three additional residents [in the zone], with one land lot remaining unallocated and two others to be retrieved. “We know that there is interest in them both among already existing investors, in addition to other investors [based in] the Russian Federation,” he added.

Both Summit Ascent Holdings – operator of Tigre de Cristal – and NagaCorp recently confirmed that they had held meetings about their projects with high-level federal officials.

Summit Ascent’s deputy chairman, John Wang and Craig Ballantyne, COO of Russian operations, met with Trutnev in Macau to discuss a range of topics including work on phase two of the resort; the possibility of simplifying the existing procedures for exchanging foreign currency at the property for gambling purposes; and the possibility of a government crackdown on illegal casinos operating in the region.

In a note this July, analysts at Union Gaming affirmed that Summit Ascent – with Phase 2 of Tigre de Cristal in the works – looks set to retain its monopoly over the market for at least the next two years.

“Ultimately, we like the odds of a jurisdiction that is friendly with China to enjoy the benefits of outbound Chinese tourism, which, when combined with access to the under-penetrated northeast of China, makes for a compelling long-term growth story.”

The brokerage stated that the VIP segment will continue to dominate revenues, forecasting an 80 percent growth in VIP volume in 2017, while the property saw 160 percent VIP growth in the first quarter of 2017. “In all likelihood Summit Ascent will remain the lone operator until at least second half 2019, when we would expect Summit Ascent’s Phase 2A, as well as NagaCorp’s project, to come online.”