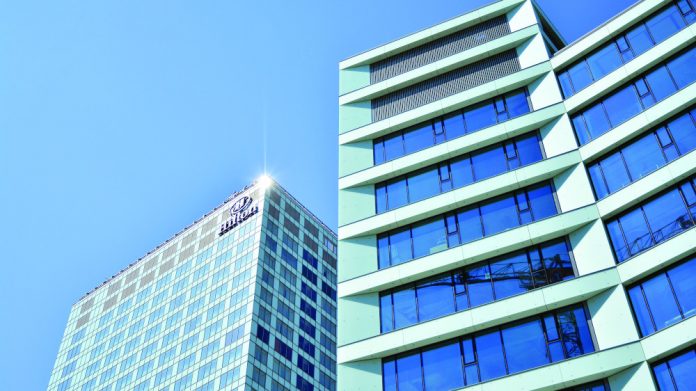 The operator’s co- CEO Peter Hoetzinger conceded the sale process is advancing “quite slowly”, but highlighted the continuing recovery of Century’s eight properties in Poland, which he noted are generating “very solid EBITDA and cash flow”.

Century Casinos executives confirmed the company is still moving forward with plans to sell its operations in Poland.

“In Poland, the sales process continues, it runs, but it runs quite slowly,” said Century’s co-CEO and president Peter Hoetzinger, speaking during the company’s Q3 earnings call. “Several parties are showing interest on an on and off basis. But we are finding a way, these operations are pretty valuable. They produce nice results.”

Nevertheless, Hoetzinger clarified that the company’s decision to exit Poland was motivated by the diminishing role the market plays in its overall business. “We have said that Poland has become a non-core operation for us. It is …about nine percent or less than nine percent of our consolidated EBITDA and consists of eight small operations,” he explained. “So while it is generating very solid EBITDA and cash flow for us and very high returns on our investment, we strategically do not have Poland in our long-term plans, if we get a good offer.

“So in other words, it has great value for us. If we get that value, then yes, we decide to dispose of it, if not, we are happy keeping it,” Hoetzinger added.

Looking at Q3, he praised the continuing recovery of Century’s Polish properties, which he noted was “fuelled by a strong performance of the casinos outside the capital”. “We do, however, expect the Warsaw casinos to come back quite strongly in Q4 with international tourist business and convention business just starting.”

Hoetzinger emphasised that the company’s two operations in Warsaw – located in the Marriott and Hilton Hotels – have traditionally been “much stronger” than its casinos outside the capital. Given this, “any uptick of the Warsaw properties has a meaningful impact on the overall Poland numbers”, he stated.

“We are very optimistic in that direction,” said Erwin Haitzmann, Century’s co- CEO. “We see that the business customers coming back, the Marriott and Hilton both getting much higher occupancy and also guest that want to come to our casinos.

“So we’re confident that in the next phase, so to speak, the Warsaw casinos will follow the same trend as the casinos on the country side,” he affirmed.

For Q3, Century reported $25.7m in earnings from operations, an increase of 71 percent year-on-year. Net operating revenue was up 22 percent on the same period last year to $116.6m. Adjusted EBITDA was $33.1m for the three months ended 30 September, a rise of 49 percent year-on-year.

“Our sequential revenue and EBITDA growth of 27 percent and 31 percent, respectively, are some of the largest, if not the largest, improvements of Q3 over Q2 numbers of any listed gaming company,” Hoetzinger highlighted.

In the US, Century Casinos said it will move Carousel Casino in Caruthersville, Missouri – the state’s last remaining riverboat on open water – to a land-based casino and hotel. That project will open in early 2024.

Elsewhere in the state, the company will add a 75-room hotel to Century Casino Cape Girardeau. This project will open in late 2023. Combined costs for the two projects are estimated at $68.3m.

“In Caruthersville, the new facility will include a newly designed casino with approximately 20 percent more gaming positions and 75 hotel rooms in total. The new development will …will increase the catchment area and also give us a chance to win back customers who didn’t like the riverboat style when they paid us the first visit,” stated Hoetzinger. “With that hotel development, Century Casino Cape Girardeau will transformed to a full resort destination, providing ample reasons for individual and group multiday visits for gaming, dining, conferences, concerts, events and more.”