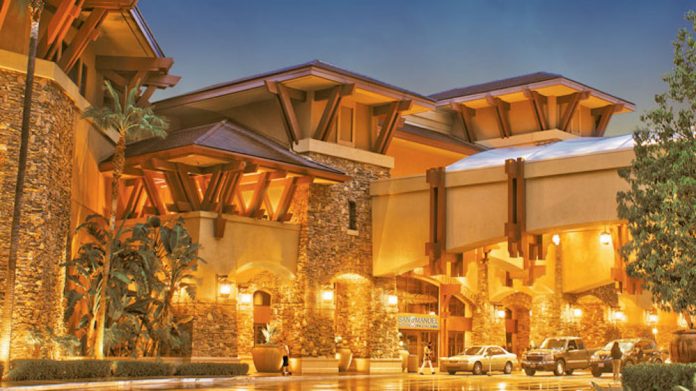 The ceremony, held on 26 July, also marks the start of construction on a 3,000 seat entertainment venue, pool complex, spa and restaurants.

“San Manuel has always been a locals and regional casino and we don’t have a hotel,” said general manager Loren Gill. “It’s something very obviously missing from our casino experience.”

The drive to increase visitor numbers to the casino, following a recent gaming floor expansion to 4,800 slot machines, comes as similar investments are made by rival ventures across Southern California.

Pechanga Resort and Casino in Temecula announced in December 2017 a $300m redevelopment to increase its hotel size to 1,090 rooms, making it the largest casino resort on the West Coast.

“The competition is evolving,” said Pechanga Development Corporation board member Christina McMenamin. “We are seeing more tribal facilities augment their gaming offerings to include more amenities.”

Amid the development, The Pala Casino Spa and Resort, approximately seven miles from Pechanga, has delayed the $170m construction of a 349 room hotel tower, originally slated to be completed in May 2019.

Vice president of hotel operations Hassan Abdel-Moneim said the firm would “revisit it in full after we see how the summer goes.”