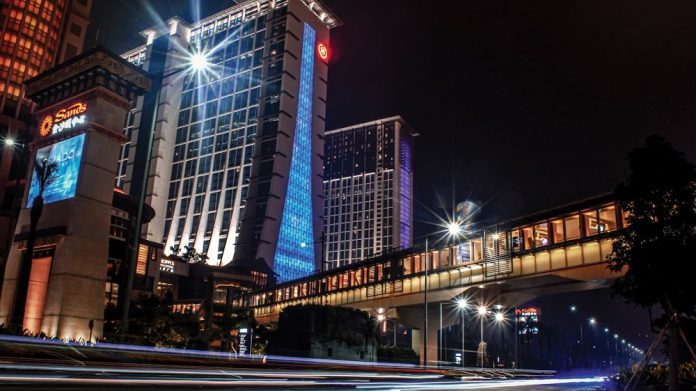 Sands chairman and CEO Sheldon Adelson got back in the saddle for the firm’s Q3 earnings call which saw the company report a 4.3 percent decline in net income, while over in Macau net income for its subsidiary Sands China remained flat.

Las Vegas Sands chairman and CEO Sheldon Adelson told Wall Street analysts he was pleased to be back after a nearly yearlong absence from the company’s earnings calls. In February it was revealed that the entrepreneur was receiving treatment for non- Hodgkin lymphoma.

Nevertheless, Adelson didn’t discuss his health during the firm’s Q3 call in late October, beyond telling analysts, “I feel good”.

“We remain enthusiastic about our future growth opportunities in Asia. “Next year, we will introduce approximately two million sq ft of luxurious suite accommodations on the Cotai Strip with the opening of the Grand Suites at Four Seasons Macao and The Londoner Tower Suites.

“Additional tourism and entertainment amenities of The Londoner Macao will debut throughout 2020 and 2021. “Looking further ahead, the expansion of Marina Bay Sands in Singapore will expand our suite capacity by 40 percent and introduce a state-of-the-art entertainment arena, both of which should contribute to growth in the future.

We are also aggressively pursuing additional development opportunities in new markets, including in Japan,” he added.

Over in Macau, Sands China’s net income remained flat at $454m for Q3, while total net revenues decreased two percent year on year during to $2.11bn.

“While overall Macau gross gaming revenues declined for the quarter, the mass-market continues to experience robust growth. We grew our mass-gaming revenues by nine percent over the prior year with strong growth in both mass tables and slots, and in both the premium mass and mass segments,” Adelson clarified.

Sands is spending an estimated $2.2bn on new construction and renovations in Macau. This includes $1.35bn on a renovation and expansion at the rebranded Londoner Macau, $400m on a separate 370-suite Londoner Tower Suites and $450m on a hotel tower at the Grand Suites at Four Seasons Macau.

Back in August, Sands China’s VP of integrated marketing and communication, Cristina Quental, confirmed that The Londoner Hotel is expected to be “fully completed” by July 2020. “Between the second and third quarter [of 2020] you will see a lot of amenities coming online, the restaurants, gaming facilities.

The hotel will be fully completed in July and then the retail area will be opened portion by portion,” she said. Responding to a question about the recent political unrest in Hong Kong, Sands president and COO Robert Goldstein said the impact on the company has been limited so far.

Speaking to Casino Review last month, Ben Lee, managing partner at IGamiX Management and Consulting, clarified that the protests have principally impacted package tours which cover both Hong Kong and Macau in a single trip.

“As a result, the casinos that appear to have been impacted the most are the ones who have traditionally relied on the grind mass segment,” he explained.

“The good news is that this segment doesn’t really move the needle for Sands [China] anyway, as VIP (including direct) accounts for only seven to eight percent of its EBITDA.”

Goldstein acknowledged that the junket business has contracted, but affirmed that Sands continues to believe the “segment will get better”.

“We’ve watched that market ebb and flow, and we’re certainly in a difficult time period. I’d like to say, it always resurrects, and it always seems to have in the past I believe will get better. I just don’t know when, I don’t know how,” he stated.

“One thing we are doing by building the Four Seasons product, and even the Londoner, our portfolio is just tailor-made now for that junket space of the junket resurrection, if and when it happens.”