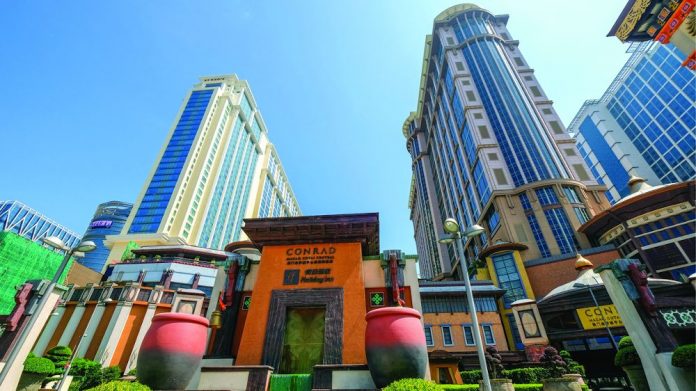 Part of Sands China’s plans to address the growing premium mass market, The Londoner Hotel is expected to be “fully completed” by July 2020, the company’s VP of of Integrated Marketing and Communication, Cristina Quental reported.

Sands China’s VP of of Integrated Marketing and Communication, Cristina Quental, recently confirmed that The Londoner Hotel is expected to be “fully completed” by July 2020. The new property will replace the Holiday Inn Macao Cotai Central, while the hotel’s existing 1,200 rooms will be converted into 600 one-bedroom suites.

Speaking in August at an event organised by the French Chamber of Commerce, Quental stated that the decision to reduce room space was made to ensure quality over quantity.

She added that this had been a “lesson learned” from The Parisian. Shortly after the property opened, Sands decided to covert 600 rooms into 300 suites to address guests “demanding more” space.

“We learned our lesson and we will make sure The Londoner rooms are spectacular from the get-go,” she continued.

We drew inspiration from British artisan craftsmanship picking the most famous bespoke tailors on Savile Row and in Mayfair and we will try to make everything unique.”

Alongside this, The Londoner apart-hotel is expected to add an additional 368 apartments, while the future Four Seasons Tower Suites Macao will provide a further 290 suites.

In total, The Londoner Hotel, together with the current Conrad Hotel, Sheraton Hotel, and St. Regis Hotel in Sands Cotai, will offer over 6,000 hotel rooms and suites following the completion of the redevelopment.

“We’ll end up with almost the same number of keys but with what we call luxury room inventory, a much larger one. We’re letting go of entry market room inventory to make room for premium, that’s the trade-off,” Quental clarified.

The hotel forms part of the overall $2.2bn project to convert Sands Cotai Central into the Londoner Macao between 2020 and 2021.

“Between the second and third quarter [of 2020] you will see a lot of amenities coming online, the restaurants, gaming facilities. The hotel will be fully completed in July and then the retail area will be opened portion by portion,” she said.

The project will evoke iconic British landmarks with a facade modelled on the Palace of Westminster and Houses of Parliament, along with a 96m full-size Big Ben replica.

The facade of The Londoner is scheduled to be completed by the end of next year, but additional renovation works on the Sheraton side of the building will carry on into 2021.

“The complexity of this project is that everything will come up online as it is built. The last thing that will come through is the facade because the construction period is much longer,” she noted.

The project will also include a replica of Piccadilly Circus’ Shaftsbury Memorial Fountain and Crystal Palace-style atrium, due to be completed around May 2020; a renovated shopping mall; and a new 6,000-seat arena.

“The arena will be amazing for our MICE offering because it is perfect for large groups and will allow the Venetian arena to be more available for concerts,” Quental emphasised.

She explained that the redevelopment forms part of Sands China’s plans to address the growing premium mass and family market.

“VIP is exactly where we see the highest demand growth. We’re not so dependent on the VIP segment as other concessionaires, we’re mainly mass but we are really focusing on the premium mass segment. “

That’s where we’ve seen the largest growth in the last two years and that’s why we believe that there’s enough demand out there to upgrade all our room products, all our service levels to definitely cater to that audience,” Quental concluded.