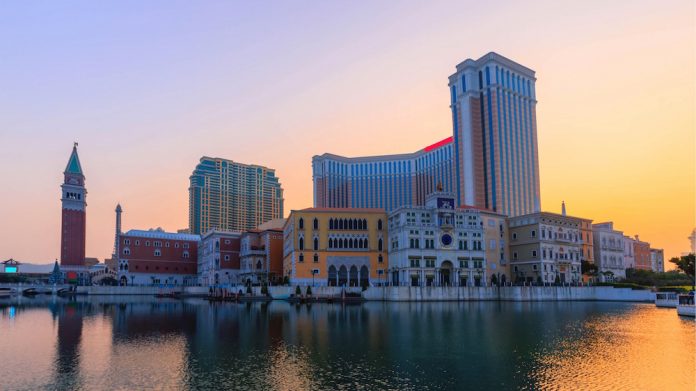 Speaking during its Q2 2018 earnings call, Las Vegas Sands CEO Sheldon Adelson explained why his company is well-placed to secure a Japanese licence, while in Macau, the firm is increasing its focus on the premium mass segment.

Las Vegas Sands CEO Sheldon Adelson stated that his long ties to Japan give the company a competitive advantage in the race to secure a casino licence in the country, during the firm’s Q2 2018 earnings call.

Japan passed the Integrated Resorts (IR) Implementation Bill on 20 July, opening the door for operators to bid for three IR licences, with analysts predicting that at least around 20 different companies are set to participate.

Adelson pointed out that while commentators have identified that partnerships with local Japanese business people and banks will be key to securing a concession, his long history with the country gives him a foot in the door when it comes to entering Japan.

“I think that the estimates …say that we’re in the number one pole position,” he explained. “We have the leading position in Japan because of my background. I used to produce Comdex show in Japan, and I also helped them to redesign the biggest exhibition center they have in Japan called Makuhari Messe.

“So I’ve got a good background and reputation in Japan for being the leading MICE Integrated Resort developer and operator.”

An area of concern in the new legislation has been the decision to limit casino floor space to three percent of the an IR’s total area.

Despite this, Adelson indicated that there may be some room for movement when it comes to the floor space cap.

“As we understand it, we won’t have to count the aisles and the food and beverage space as part of the three percent.

“So it’s a matter of how many gaming positions we put in and I think it’s too early now. This implementation bill will take at least a year for any city that wants to be involved to come up with their requirements and their criteria.”

In its second quarter results, Sands’ reported that net income rose 5.8 percent to $676m, driven by growing visitation to Macau.

The company’s subsidiary Sands China saw its total net revenues increase 18 percent to $2.11bn in Q2, while net income for the quarter was up by 30 percent to $427m.

Occupancy at the company’s Macau properties increased to an average of 94 percent in the second quarter, repeating a record high, while executives also reported a 29 percent rise in premium mass visitation year on year.

The company highlighted that Mainland Chinese visitation from beyond Hong Kong and Guangdong province grew 17 percent in the twelve months ending 30 June, with Hebei, Shandong, and Sichuan leading the pack.

“The penetration beyond Guangdong province is critical to our growth and our ambitions,” stated Robert G. Goldstein, Sands’ president and COO. “These people come to gamble. They stay longer at our hotel. They come to our arena for shows. They shop at our 850 retail stores.
“This is a lifestyle segment and the situation of these visitations of these affluent Chinese consumers, we think, is the future of the growth at our company.”

“We’re extremely confident that we found the key to growing our business not just this year but beyond,” he continued. Unlike 2014, the growth is based on a much more sustainable segment, that being mass, premium mass. We feel very bullish.”

The company is now focused on upgrading its room inventory in Macau to attract further premium mass visitors. The Venetian Macao completed its upgrade at the beginning of the year, while renovations are ongoing at the Parisian Macao.

“The successful execution of our Cotai Strip development over the past decade is giving us important structural advantages; the scale and range of our hotel suite inventory, the diversity of our non-gaming offerings, especially in retail MICE and entertainment, and the unique benefit of interconnectivity between our Cotai properties,” Adelson

“These advantages allow us to attract more overnight visitors than any other operator, as well as to increase their length of stay.