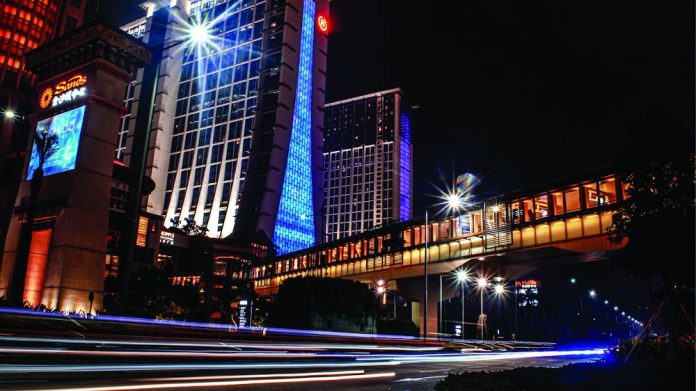 Sands shrugged off an underwhelming Q2 in Macau, with the company’s president and COO Rob Goldstein focusing on the firm’s plans to expand its room inventory in the special administrative region with the addition of 1200 new suites at the Londoner and the Four Seasons.

Las Vegas Sands Q2 results in Macau came in below analysts’ estimates which commentators attributed to a weaker than expected performance in the premium mass segment.

Overall, Sands reported a 0.9 percent rise in net revenue on the prior year quarter to $3.33bn, while net income increased 63.9 percent to $1.11bn, thanks in part to a $556m one-time gain related to the sale of Sands Bethlehem which closed at the end of May.

“We remain enthusiastic about our future growth opportunities in Asia, which will be enhanced through the introduction of our Four Seasons Tower Suites Macao later this year, the Londoner Macao throughout 2020 and 2021 and the expansion of Marina Bay Sands in Singapore thereafter,” said Las Vegas Sands chairman and CEO Sheldon Adelson in a statement released with the company’s financial results.

“We are also aggressively pursuing additional development opportunities in new markets, including in Osaka, Japan.”

The company still saw a strong Q2 in Las Vegas, with baccarat drop at the Palazzo and Venetian up by nearly 127 percent to $299m through the end of May, while Sands’ slot win for April and May was up 5.3 percent, outpacing the industry average of a one percent increase, according to Macquarie analyst Chad Beynon.

The baccarat grew …I think …we’ll use the term highly concentrated. “Our future in Las Vegas, I think is less and less dependent on the super high end and more dependent on slot, ETG and premium mass.”

EBITDA grew by two percent to $765m, up from $750m in the same period last year. In a July note, banking group Morgan Stanley said that Sands China’s adjusted property EBITDA was “broadly in line with [the] lower end of the consensus, but missed our and Bloomberg surveyed consensus of $794m and $815m, respectively.”

“Sands Cotai Central was somewhat impacted by disruption, with VIP business suffering the most weakness at the property,” Bernstein analysts said.

Nevertheless, speaking during Sands’ Q2 earnings call, he emphasised that despite the challenging quarter, the company remains confident in its long-term growth plans.

“While others are talking about what they’re going to build down the road, we are building,” Goldstein affirmed.“

We’re building 1200 exceptional suites for Londoner and the Four Seasons.

“These suites are laser focused on the premium mass customer at the highest level. We’ll have approximately 3000 suites in Macau and that excludes the 750 sq ft suites at the Venetian, if you include those our portfolio is over 5500 suites.

“Macau’s future growth will be in the mass segment, our structural advantage already evident in the base mass [and] this will not change.

Our goal is to extend [that] advantage in the premium mass segment,” he clarified. Analysts also remain bullish on the company’s long-term prospects.

“Sands’ position in the profitable Singapore gaming market, where a duopoly remains in place through 2030, solidifies our view of the firm’s long-term growth, as does our expectation of the company being awarded a gaming license in a Japanese urban market around the end of 2020.”