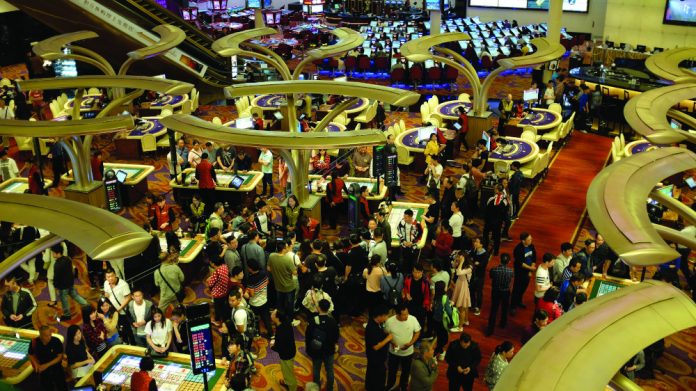 With online gaming and further expansion in Asia on the cards, Edward Lowton ponders the various possibilities for Sands as the company moves on to greener pastures following the $6.25bn sale of its Las Vegas properties.

The times they are a-changin’ but what will the future hold for Las Vegas Sands without its namesake market? The deal was hardly unexpected, Sands announced plans to sell off its Las Vegas assets last year, but following on the heels of the death of the company’s founder Sheldon Adelson in January, it would seem to signal the end of an era.

Yet in recent years, Vegas has represented less and less of the firm’s overall business, only accounting for nine percent of Sands’ EBITDA in 2019. Speaking at J.P. Morgan’s Gaming, Lodging, Restaurant and Leisure Management Access Forum on 12 March, Sands chairman and CEO Rob Goldstein said the company’s primary focus would be on Asia going forward.

“Leaving Las Vegas, it’s a smaller part of our business – 90 percent of our EBITDA resides in Asia. What we saw [with the Las Vegas sale] was a chance to take a very good return,” he explained. “It was a very healthy transaction for us and we believe it frees us up from the Las Vegas market, which albeit a very good market it is one that we felt was tough to grow a lot more EBITDA.”

Josh Swissman, a founding partner of Las Vegas consulting firm The Strategy Organization, concurred and suggested its normal for a firm to weed out its weaker assets in order to concentrate on the better performing ones. “As any smart manager of a portfolio of assets does, you tend to trim the bottom performing assets to try and generate more funds to deploy towards those assets that are performing better,” he stated.

On the flip side, there’s the risk of putting all your eggs in one basket. This wasn’t lost on Fitch Ratings which characterised the sale as “a slight credit negative”, in part because it “marginally reduces diversification”. The decision to pull the cord on Las Vegas represents something of a gamble considering the company doesn’t yet know what the new terms will be for concessionaires in Macau once the current licences expire next year.

Perhaps reflecting this uncertainty, Goldstein confirmed that the company was also looking at new markets in Asia. “We believe there may be more opportunities in other markets in Asia,” he said. “I know that we pulled out of Japan but there might be something else happening in Asia that is opportunistic.”

In the last few months, it’s also been rumoured that the firm could potentially make a bid for Australia’s beleaguered Crown Resorts.

Meanwhile, in a break from the company’s policy under Adelson, analysts suggest Sands could use the proceeds from the sale to push more aggressively into online gambling. “Its efforts thus far have lagged [compared to its] peers, and for it to get involved in the next great thing in gaming, the company would likely have to buy its way in, and now has a pot of money to do so,” wrote JP Morgan analyst Joseph Greff.

Despite the sale of its Las Vegas assets, along with its Asia ambitions, the company will continue to be based in Nevada and has not ruled out further US ventures, most notably regional casinos in Texas and New York City. Whatever the outcome, following significant changes in Q1 and with further deals and new investments potentially in the pipeline, 2021 promises to be watershed year for Sands.