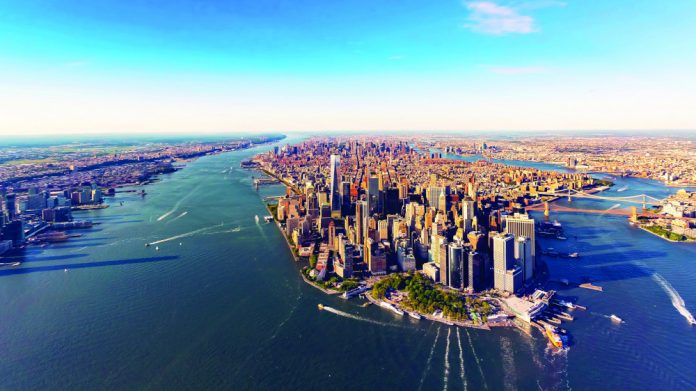 While it has recently sold off its assets in Las Vegas, Sands is still looking at gambling expansion opportunities in New York and Texas.

Despite its recent exit from Las Vegas, Sands still has its eye on an integrated resort property in the Big Apple. Speaking during the company’s Q4 earnings call, CEO Rob Goldstein acknowledged the firm has “been looking at New York for, I think, about 100 years, it seems like. I don’t think it’s any secret that we’re big believers in New York”.

Voters gave the green light for up to three casinos in the US’s largest city back in 2013, however under state law, they cannot be approved until 2023 at the earliest.

Sands has been lobbying to bring the timeline forward since 2019. The company released a report which suggests an integrated resort in Manhattan could generate $1.5bn in revenue to fund the New York Metropolitan Transportation Authority, public education, and other needs.

“It’s still a long way to go before we ever see where they want to build and what they want to build, but we are going to be there. If it’s real, and it’s done properly, we think the returns could be Sheldon-like,” Goldstein affirmed.

Meanwhile, the company is also lobbying for an IR in the Lone Star State, however it could face an uphill climb. “You can’t deny the power of Texas and the size and scale,” acknowledged Goldstein. Chad Beynon, an analyst at Macquarie Capital, noted that Sands has had its sights on Texas for a number of years. “Texas has been in the scuttle for decades,” he added.

“We’ll look at the entire market of Texas, but focus primarily on Dallas because that is where the greatest bleed of money is going, across the Oklahoma border,” said Andy Abboud, Sands’ SVP of government affairs. “While it has a strong tourism industry, we can enhance that.”

Speaking during a recent interview, Abboud confirmed the company is looking to form a coalition of likeminded gaming companies, together with other gambling interests, and sports teams to lobby the state legislature. “Does it happen this legislative session? We will see. Does it happen in the near future? It is inevitable,” he affirmed.

A key challenge for legalising casinos will be the Texas Republican Party’s antipathy to gambling. State governor Greg Abbott, lieutenant governor Dan Patrick and attorney general Ken Paxton have all previously voiced their opposition to legal gaming in the Lone Star State.

The latest proposal to bring casinos to Texas has already received a chilly reception from Patrick. “I’m not a big supporter of it,” he stated, speaking in February.

Patrick blamed competing interests in the gaming industry for the failure of previous attempts to bring gambling to the state. “There’s so much infighting and competition among all the people in that arena; that’s why it never goes anywhere,” he added. “And so it’s not even an issue that’s going to see the light of day this session. There may be a bill filed, but I doubt it.”

Political analysts suggest legalisation is unlikely to gain traction without the support of the lieutenant governor. “Patrick has been very clear that casino gambling legislation will not see the light of day in 2021,” said Mark Jones, a political science fellow at Rice University’s Baker Institute.

University of Houston political science professor Brandon Rottinghaus explained that “the lieutenant governor is the most powerful political player in Texas”. “If he’s not in favour, it makes moving legislation nearly impossible,” he observed.

Despite the uphill political climb, Abboud remains unperturbed. “He’s a very impressive guy, and he has his political philosophies,” he said of Patrick. “I am very optimistic and bullish on the fact that we are going to make a really compelling case.”

The executive also cited polling data which indicates Texans would vote to relax the state’s gambling restrictions if given the opportunity. “Voters are way ahead of where policymakers are,” he suggested.

Las Vegas Sands is not the only operator looking at the Lone Star State. Speaking during the company’s Q4 earnings call, Caesars Entertainment CEO Tom Reeg said the firm was also interested in a potential Texas market opening. “Texas, that’s another state where I’m highly confident there will be significant public interest,” Reeg stated. “Can you get through the legislature there with all the various competing bodies, the odds would be against you given what’s happened there historically, but we’re working there as well,” he reported.