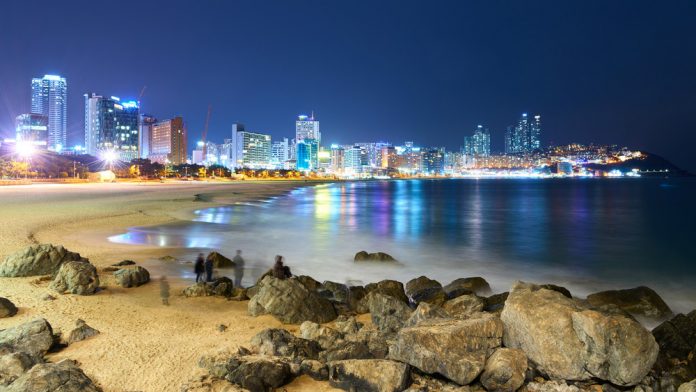 A senior executive at Las Vegas Sands has declared that the South Korean port-city of Busan is the company’s “priority consideration” for its next move in Asia.

[dropcap]T[/dropcap]he Las Vegas Sands Corporation has confirmed that it is still interested in expanding to South Korea, just days before the grand opening of its Parisian Macao Resort.

In an interview with English-language news outlet The Korea Economic Daily, George Tanasijevich, chief executive of Sands’ Singaporean outfit the Marina Bay Sands, outlined the corporation’s plan to invest as much as $10bn (E8.9bn) in a new venture for South Korea’s second city of Busan.

“Busan, which has an international airport, hotels, MICE facilities, and department stores across the city, as well as rich tourism assets on the shore, is our priority consideration,” he said. “The city has an unlimited growth potential for its location lying between Japan and China, but is now suffering in obscurity due to lack of enough five-star hotels and exhibition and convention venues.”

Tanasijevich went on to suggest that Sands’ involvement in Busan could bring with it the prospect of other international investment which would bring the city up to scratch.

The city has an unlimited growth potential for its location lying between Japan and China, but is now suffering in obscurity due to lack of enough five-star hotels and exhibition and convention venues.

“If Busan really aims to become an international tourism city, we can do so by enlisting investors, just like [in] Singapore [where] that raised its profile as a premier tourist destination by increasing foreign tourist numbers from 9.2m in 2009 to 15m in 2015 and creating 46,000 jobs in the process,” he added.

Opened in 2010, the Marina Bay Sands was the product of S$8bn (E5.25bn) investment – making it to date the most expensive standalone casino property in the world.

Sands top-brass have repeatedly stated the company’s interest in establishing a new foothold in the Chinese satellite markets: with Korea, Vietnam, Japan and Thailand all weighed up as potential hosts. At present, Sands is operational in just three markets: the United States, Macau and Singapore. The Parisian Macao – the company’s latest venture on the Cotai Strip – is due to open today.

Whilst it appears Sands has settled on a new favoured candidate for its latest expansion into Asia – any investment the company might channel into Busan comes with one important caveat: that the South Korean authorities permit their citizens entry to the new casino.

Under its current regulatory framework, South Korean citizens are banned from entry into all but one of country’s 17 casinos – with the exception of the Kangwon Land resort in Gangwon province. South Korean guests at the Kangwon property pay a small entry-fee – and Tanasijevich seemed to suggest that a similar measure could be employed in Busan. Once again, he drew upon the company’s experience in Singapore by way of example.

“There were dissenting voices among Singaporeans when the government allowed casino resorts,” he remarked. “As a compromise, we came up with a plan to charge S$100 (E66) to domestic guests.”